For many people concerned about inequality in the United States, cooperatives represent a beacon of hope. By replacing big banks with credit unions, and precarious workplaces with worker-owned ones, we might someday do away with the worst ravages of capitalism. Much of the current generation of cooperative experimentation, however, has been more "small is beautiful" than "too big to fail." What would it take to make cooperatives truly transformative?

Kenya differs from the United States in many ways. One is that 63 percent of Kenyans earn their livelihood from cooperative enterprise, accounting for 45 percent of the GDP. Kenya has its own problems with inequality, yet it also holds lessons for those interested in strengthening cooperative economies elsewhere.

The following ten lessons are drawn from my conversations with officials in the Kenyan cooperative sector and cooperative members in Nairobi and the Mt. Kenya region. (My full conversation at the Co-operative University College of Kenya is also available on Shareable.) While hopeful, they caution against the vision—held by some advocates of cooperativism—of cooperatives as cure-all.

1. Steal a good idea from the British and turn it against them

Modern cooperativism arrived in Kenya during the colonial period, as a means of organizing British rule. At that time, black Africans were not allowed to be members of official cooperatives.

Yet, explained Esther Gicheru, director of Kenya's Institute of Co-operative Development, "even before the colonial government came, we had traditional cooperatives. When people worked on small-scale farms, they would trade off helping one another. It was better than working alone." This tradition of coming together—in Swahili, harambee, which is the country's official motto—helped Kenyans forge an identity apart from their colonial past.

Over the course of the transition to independence, cooperativism became a pillar of "African socialism" in Kenya, a means of securing economic independence alongside political autonomy.

2. The government can help—or hurt

The government has helped orchestrate the Kenyan cooperative sector since the British period—to the point, said Gicheru, that "members used to look at cooperatives as extensions of the government." For instance, the government directed the creation of agricultural producer cooperatives in rural areas as part of a broader wealth creation strategy. And just a few years ago, a new law required drivers of the country's ubiquitous shared vans to organize themselves into Saccos, a form of credit union that also serves as a social safety net. In 2008, additional legislation strengthened regulations for Saccos. The Kenyans I spoke to said the 2008 law has prompted the sector to operate more responsibly.

According to Nyong'a Hyrine Moraa, chief cooperative officer at the Ministry of Industrialization and Enterprise Development, "Policies normally come from the grassroots to the top." Her office—which until recently had its own ministry—is dedicated to overseeing and promoting Kenya's cooperatives. But because co-ops are member-controlled, there is only so much the government can force them to do. "If the majority are not convinced, they won't pass it," said Moraa.

Cooperatives, like other kinds of businesses, sometimes like to see themselves as wholly independent of the government. Yet they inevitably operate within the legal and normative frameworks that the government establishes. This is why P2P Foundation founder Michel Bauwens emphasizes the idea of the "partner state" in creating a more cooperative economy. A government inattentive to the cooperative sector will likely create laws that favor other kinds of enterprise, making it more difficult for co-ops to survive. 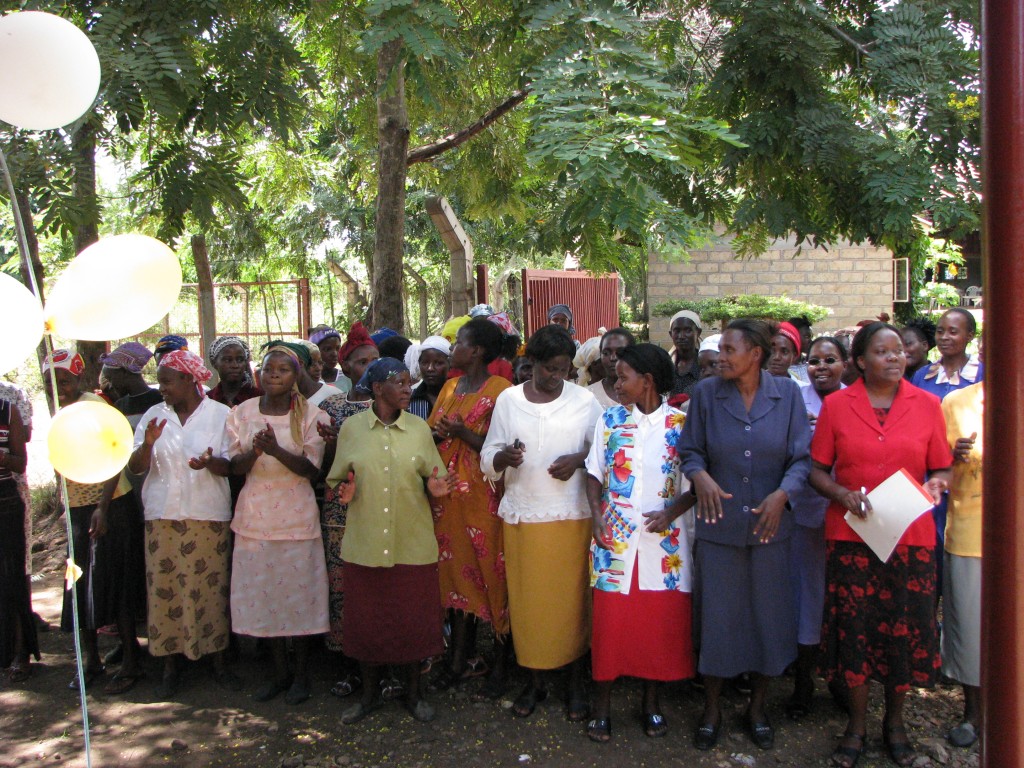 3. Co-ops must also organize themselves
Kenya's cooperatives don't rely on the government alone to regulate the sector. They participate in a network of organizations within which they address shared priorities, both through self-regulation and by lobbying the government. Some organizations are regional, while others are specific to the various types of cooperative enterprises. Together, they are all part of an apex organization, the Cooperative Alliance of Kenya.

"We have a very vibrant cooperative sector here because it is surrounded by all these institutions, which support and reinforce each other," said Gicheru. "I think that is part of the reason why we have been successful in a sustainable way."

4. Co-ops come in many forms

Historically, the Kenyan cooperative movement has centered on agricultural co-ops and Saccos. Cooperative insurance companies exist as well, and the Co-operative Bank of Kenya has a tower in the Nairobi skyline. But according to the leaders of the sector, the future lies in fostering even more diversity.

Gicheru is hopeful. "In the future there will be a lot of innovation in new types of cooperative ventures, especially because there have been deliberate efforts to involve young people," she said. She expects that the new technology favored by young people will lead to new ways of practicing cooperativism. 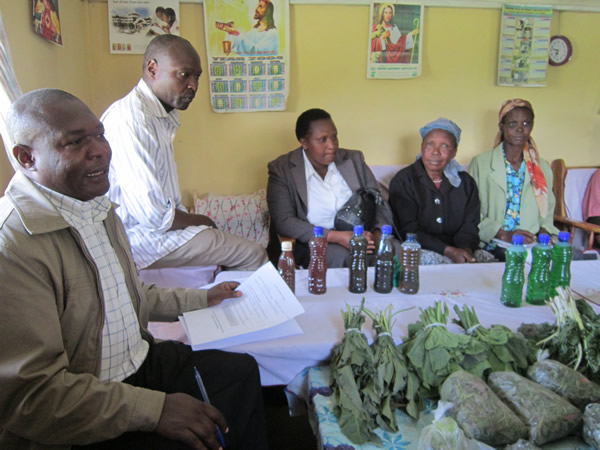 5. Democracy is a skill we need to learn and practice

Kenya is a place where experience in democratic enterprise is unusually widespread. It's common to meet people who have spent years pooling resources with others and making decisions collaboratively.

Still, Kenyans don't believe that democracy, or business know-how, will come about naturally. In 1952, the government established a college to train managers of cooperatives. Students learn both how to make a business successful, and how to honor the democratic principles of the cooperative movement. "In some ways we teach business just like any other business school, except a kind of business that doesn't exploit its consumers," said M'Imanyara.

For all that Kenyan cooperatives represent democratic values, the movement's leaders are concerned that pragmatism can get lost in idealism, or in members' self-interest. "We're trying to make them understand that it's not just a social thing," said Moraa. "It's a business. There is a need for entrepreneurship in anything that they are doing."

For instance, Moraa's government ministry encourages cooperatives to add value to the products they bring to market. "Currently what we're insisting on is that they not sell a commodity in a raw state," she said. "Because at the end of the day, the money is highest at the end of the value chain, not at the beginning." Through new regulations and education, the movement's leaders are trying to ensure that cooperatives secure the future of their principles by becoming more competitive in their businesses. 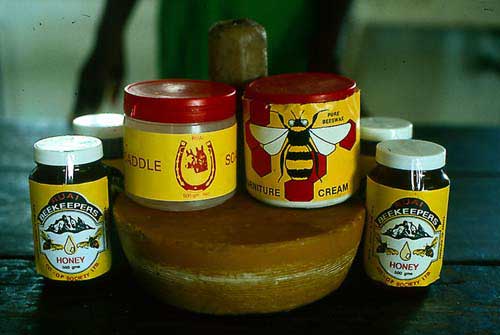 Cooperatives need not play by the market's rules, however. As Gicheru insisted, "Cooperative values and principles are centered around what human beings really need." Unfortunately, Kenya's agricultural cooperatives often act counter to these principles focusing on cash crops rather than food crops. As a result, said M'Imanyara, co-ops have neglected to meet a basic need for people and take advantage of an economic opportunity. Like many people in the new generation of co-ops in the United States, he would like to see cooperatives take a leading role in producing high-quality local food.

While encouraging cooperatives to be more competitive, Moraa's ministry also emphasizes collaboration. For instance, if a cooperative in a certain industry already exists in a certain region, she encourages people not to start a new one there, but to find ways of working through the existing organization. "If you think you want to have a dairy, and there already is one, you join them," she said. "If you have an idea they don't have, bring it to a meeting."

Part of what keeps Kenyan cooperatives tied to core values like collaboration is their relationship with the global cooperative movement. For decades the sector has benefitted from cooperative-friendly foreign donors. When regulating co-ops, it's considered essential to adhere to international standards set by global cooperative organizations. Moraa has seen co-ops functioning in a number of other countries, including Israel and the United States, and they're often built upon very different cultures from what she's used to in Kenya. But, she said, "We prescribe the same rules. Principles and values—that is the same." 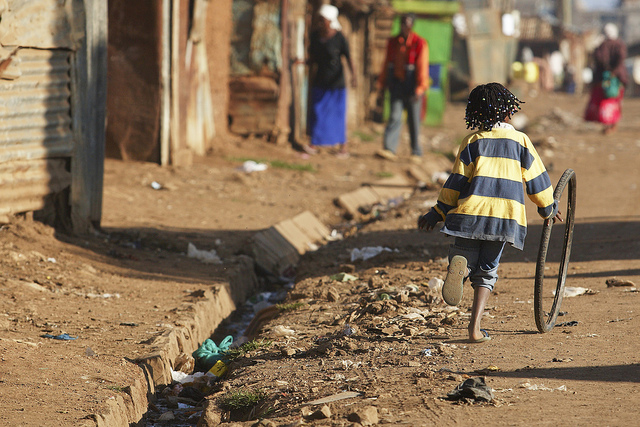 Despite the relative success of its cooperative sector, Kenya remains a place of profound inequality. (Gates Foundation / Flickr)

9. Co-ops are not a magic fix for inequality

There is good reason to believe that cooperative enterprises can put a brake on economic inequality. They often pay higher wages, provide equity to members, and keep wealth within local communities. Even the world's richest worker cooperatives don't allow anything close to the excessive executive pay that's a matter of course in other businesses. But Kenya, for all its success with cooperatives, remains a place of profound inequality. Nearly half the population lives in poverty.

Without robust means of combating inequality directly, cooperatives can become vehicles for holding on to already meager resources. But for cooperativism to make a difference on a larger scale, it must also capture value from the sectors of society that would prefer to hoard rather than to cooperate.

Some of the co-op members I spoke with in Kenya acted as if they couldn't wait to graduate to global capitalism. They didn't feel they could access the financing they'd need to grow their businesses using the cooperative model alone. For someone in the United States interested in cooperativism as an alternative to capitalism, this can be disheartening.

Many people in Kenya belong to co-ops as a matter of necessity, not political preference; cooperatives have proliferated by government edict, and in many cases they're a person's only way to obtain loans or pay for medical care. And it rarely seems like enough. Despite capitalism's various cataclysms, that's still where the money is.

All the more reason, I think, why a robust conversation among cooperatives across borders is necessary. The movements in the United States and Kenya can learn from one another. Part of what makes capital so powerful is its ability to easily move across borders. Cooperation can do that, too. 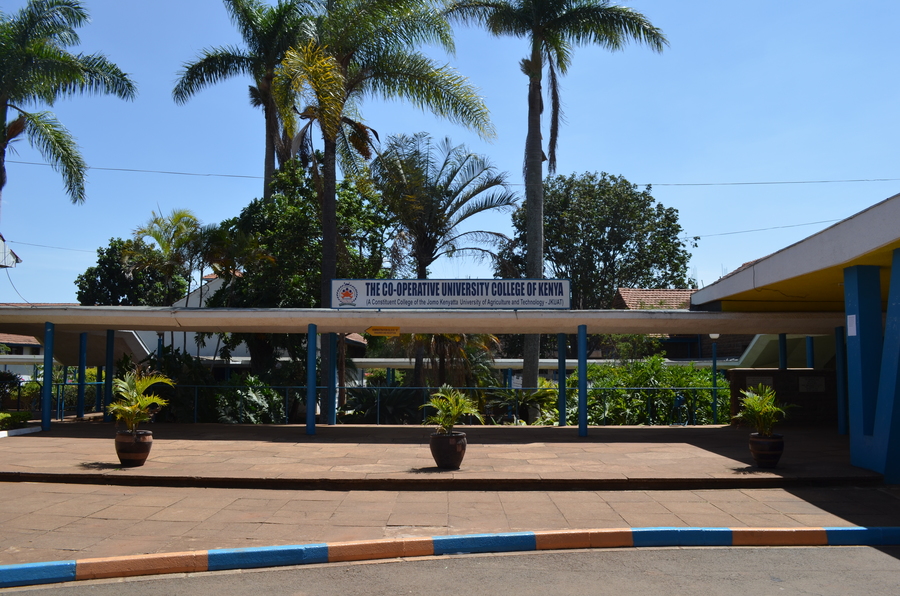 The Co-operative University College of Kenya is training the next generation of Kenya's cooperative members and managers. (Nathan Schneider)

I’m Nathan Schneider, a writer and editor based in Brooklyn. I’ve written a book each on

I’m Nathan Schneider, a writer and editor based in Brooklyn. I’ve written a book each on God and the Occupy movement. Writing articles for a variety of publications—from Harper’s, The Nation, and The Chronicle of Higher Education to The New Inquiry and The Catholic Worker—keeps my notebooks filled. Editing the online religion magazine Killing the Buddha keeps me odd. Waging Nonviolence, a publication I co-founded, keeps me up on struggles for justice around the world. And being a contributing editor at the Social Science Research Council’s online forum The Immanent Framekeeps me in touch with the academy.

I suppose what I’m after is the chronicling of ideas, of perfect worlds, of ordinary imaginations in practice. My method is speculative. Every word is hypothesis—while recognizing fearfully that with even the most casual remark we are building ourselves and our world irrevocably. A person is like a boat, as the song goes:

Facing where you’ve been with your back to what’s ahead—row hard or row gently, and try to steer.