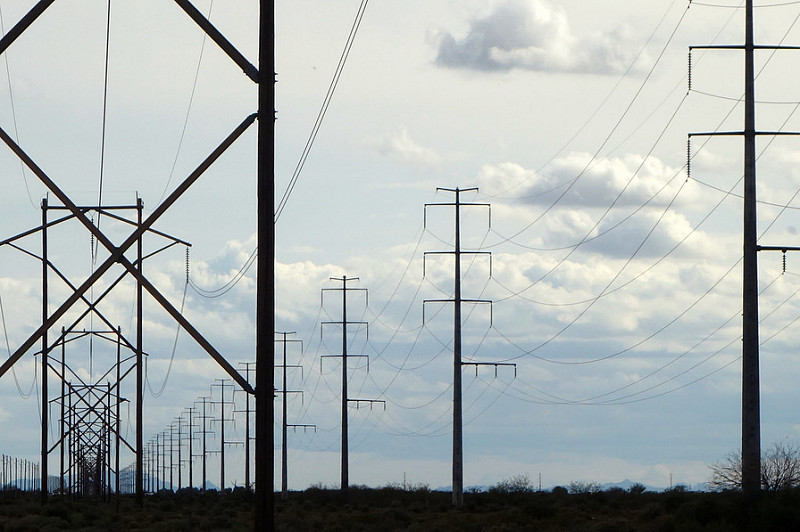 This month, Texas experienced a bitter cold snap which almost completely shut down the state’s power grid and left millions of Texans in the dark with no heat. According to the Associated Press, at least 80 people have died as a result of the storm and its effects, but the full death toll could take months to determine.

In an attempt to influence policymakers to invest in a more efficient and sustainable grid, the Rural Power Coalition, a coalition of organizations and individuals standing in solidarity with rural electric cooperatives around the country, sent a letter to Congress last week urging them to enact a list of policies to support rural electric cooperatives across the country.

As the effects of climate change continue to become more and more of a reality, the tragic situation in Texas is a stark reminder that much of the country, especially the rural areas, needs massive energy infrastructure investments. And as our representatives consider climate change policy and Covid-19 relief packages, the opportunity to overhaul and transform the way we distribute power in this country has become an important topic of discussion.

Rural electric cooperatives power 56% of the nation’s landmass and serve 42 million Americans. With help from the federal government during the New Deal, these cooperatives formed early last century after for-profit power companies decided it wasn’t profitable to build electric infrastructure in rural parts of the country. But in recent years, federal investment has waned. Many of these rural electric cooperatives are now facing a number of challenges and have been pushed into huge amounts of debt.

“Our call for federal action today is very much a mirror of what happened during the first New Deal,” Chris Woolery of Kentucky’s Mountain Association, one of the signatories on the letter to Congress, told Shareable. ”We would like to see these co-ops transformed once again by federal investments that can move their communities forward and relieve them of the legacy burdens of the past.”

According to a press release sent out by the Rural Power Coalition, “The RPC is asking Congress to consider seven policies that directly address rural electric cooperative’s most urgent needs while supporting their transition to a 21st-century green economy.”

The primary policy the coalition is calling for is an investment of $100 billion in appropriations for federally insured Hardship Loans from the Rural Utilities Service along with conditions for loan forgiveness akin to those offered in the CARES Act through the Small Business Administration. These conditions would facilitate the retirement of all coal plants currently in operation and potentially all outstanding electric cooperative debt in exchange for new investment in clean energy, distributed energy resources, energy efficiency, high-speed broadband, storage, and electric transportation with new loans at U.S. Treasury rates.

“What we’re saying is, yeah, we want help, we want us to be helped,” Woolery told Shareable. “But we also want to make sure that the member-owners are also helped with debt forgiveness, a percentage of income payment plans, site-specific investments, and local clean energy investments that benefit them through lower rates, broadband, and democracy reforms.”

Further, there’s another element to why it might make sense for Congress to invest in rural electric cooperatives in this particular moment.

“I think that one of the ways to bring political unity to our country is to try to give people equal access to power,” Sean Armstrong of Redwood Energy in Arcata, California, told Shareable. “Rural electric co-ops in general represent areas that vote dominantly Republican and have a certain level of hostility to government and regulation. I see the reinvestment in rural electric co-ops as a way of distributing federal benefits to rural areas — I think is an important thing for a Democratic administration to pursue as a way to benefit everybody.”

As the recession, Covid-19, and climate change continue to wreak havoc on all sorts of communities around the country, it’s important to remember that those in rural areas are often impacted disproportionately. If Congress were to take action and re-invest in rural infrastructure and in rural communities, it would be an important step in providing equity and justice for a large sector of the country that has been often overlooked.

Editor’s Note: Shareable is a co-signer of the Rural Power Coalition letter to congress and has received funding to work on this campaign.