Podcast: What is Universal Basic Income — And How Would it Work? - Shareable
Skip to content 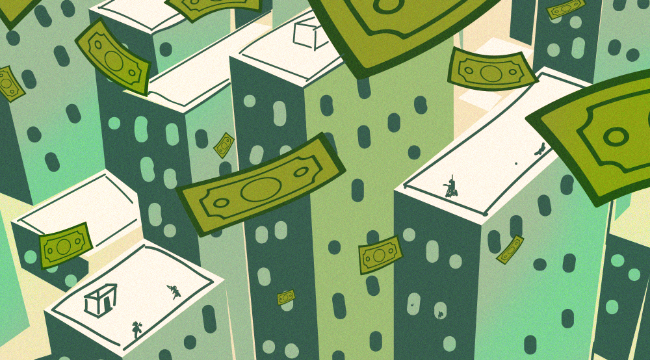 What if you were paid just for being alive? Just imagine — you are given a check every month for the rest of your life that's enough to cover all of your basic needs. You wouldn't be driving around in a Ferrari or eating avocado toast every day, but you'd be receiving enough to live relatively comfortably. And there's absolutely nothing you would have to do in order to receive it. How would that change your life? What would you do differently? Close your eyes and just try to picture that for a second.

Okay, if you're reading this sentence, that means you've stopped dreaming and have come back to reality. We have no idea how long you were gone, but don't worry if it was for a little longer than you had expected. It happens. We understand. There's a lot to think about there. What a crazy question anyways, right? Getting free money? For the rest of your life? Just for being alive? Crazy.

Or is it? The idea that we've been describing has actually been under discussion for centuries, and it has even been experimented with all over the world. In fact, there are actually several versions of it happening right now, at this very moment. Maybe you've already heard about it? Chances are you have. Lately it seems as if everybody is talking about it, whether they like the idea or not.

It's called Universal Basic Income, and it's the topic of our latest documentary (which is actually a two-part series, since there's just so much to cover when it comes to this radical and controversial concept). We spoke with philosophers, economists, journalists, and even random folks on the street, to explore the many questions that come up when you begin thinking seriously about universal basic income. What impact would it have on poverty? What happens when income is separated from work? Would society implode into a dysfunctional dystopia because everybody would just sit on the couch all day and watch Netflix? Or, alternatively, would it be the best thing ever, effectively freeing people from the fear that comes with financial insecurity and enabling them to pursue their most daring dreams and to make their biggest contributions to society?

Join us as we explore these questions and begin to untangle this radical concept. We've put together an all-star team of scholars and experts on the cutting-edge of this exciting debate. Whether you're already an expert or haven't even heard of the idea, you're not going to want to miss this one.