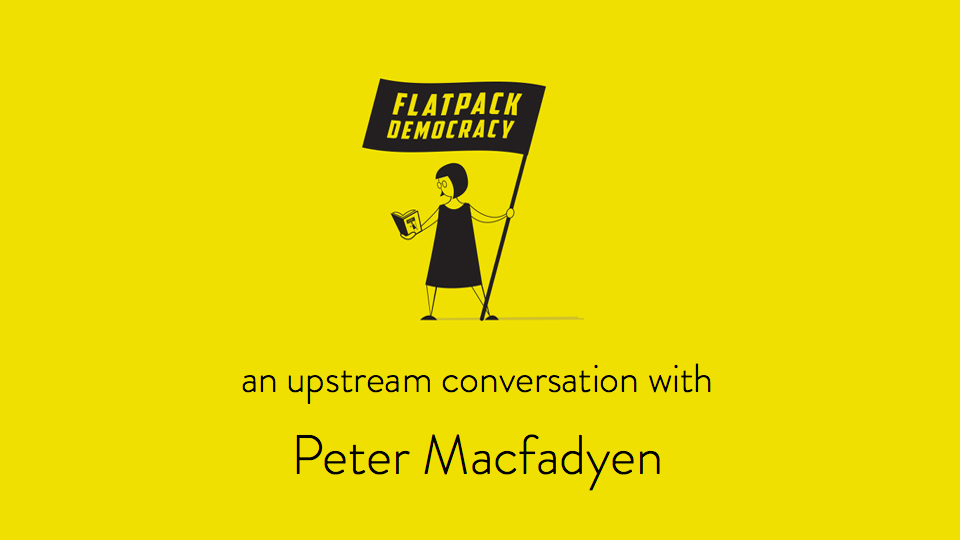 In this episode we spoke with Peter Macfadyen, one of the architects behind Flatpack Democracy, a do-it-yourself guide to creating independent politics. Macfadyen is the former mayor of the small town of Frome in the U.K., which we explored in depth in our series on Frome. In many ways he is a legendary figure in the world of local politics in the U.K. As the story goes, a group of frustrated Frome residents were having a pint at their local pub, grumbling about politics. An old story, perhaps. But this one ends very differently: A few years later, and they had completely taken over. Of course, it’s a bit more complicated than that, but after running as independents on a platform of rejecting party politics, these political misfits won 10 of 17 town council seats and the mayorship in their first election. And the second time around, they won all 17 seats. A complete revolution.

They're known as the Independents of Frome, and their goal is to take back politics by bringing power back down to the local level. This means rejecting everything that Westminister — the equivalent of the White House — stands for. No more blind affiliation to parties and to partisan politics. No more inaction in the face of climate change. No more bureaucracy. No more pomp. No more business as usual.

In this interview, Macfadyen tells his story and describes some of the very exciting initiatives that the town of Frome has been able to launch in the last few years. We also talk about local and national politics, the dynamics of gentrification or regeneration, and much more.

Note: This interview was conducted before the 2017 snap election in the U.K., which was perhaps one of the most dramatic election surprises in recent history. The snap elections were announced by British Prime Minister Thersa May, the leader of the Conservative Party, and were expected to go largely in favor of the Conservatives. But the Labour Party gained many seats over the Conservatives, ending the Conservative majority.
Upstream is an interview and documentary series that invites you to unlearn everything you thought you knew about economics. Weaving together interviews, field-recordings, rich sound-design, and great music, each episode of Upstream will take you on a journey exploring a theme or story within the broad world of economics. So tune in, because the revolution will be podcasted.
For more from Upstream, subscribe on iTunes, Google Play, or Stitcher Radio. You can also follow Upstream on Facebook, Twitter, and Instagram to get daily updates.