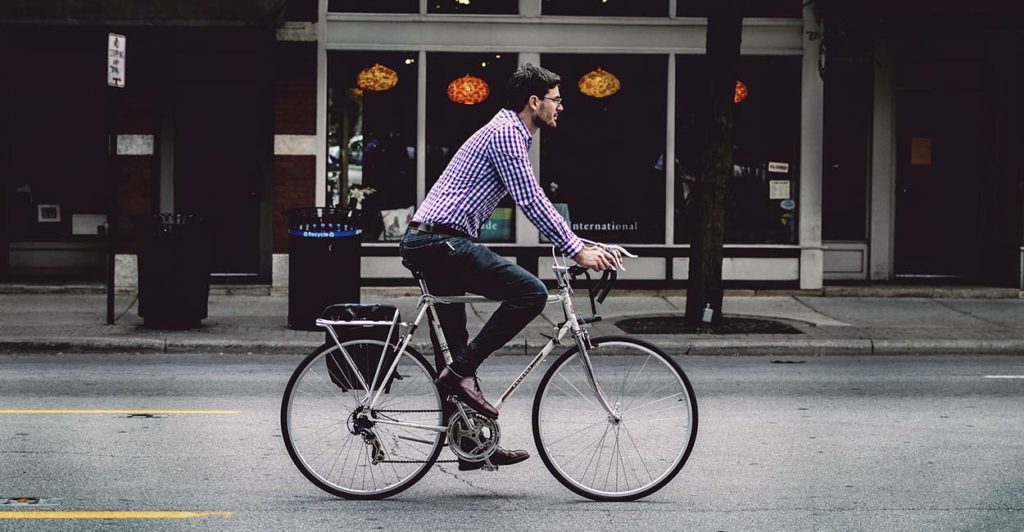 Image by Pixabay via Pexels

What if you could check out a bike — in addition to a book — from your local library? That’s become a reality in over 20 communities in the U.S. and Canada.

As renewed fears about the future of the environment spark worldwide calls to action and millennials flock to urban centers — eschewing American car culture for public transportation and biking — communities are taking notice. Some, like New York City, are creating more bike lanes to improve access for cyclists. Others are going a step further by improving access to bicycles. Some communities are taking a unique approach by using the public library system to loan out bikes.

Ohio established itself as a national leader in library bike-sharing programs when the city of Athens first established their “Book-A-Bike” program in 2013. Since then, nine library systems in the state have joined the movement. The latest addition is Lorain. Launched on May 18, 2019, the Go Lorain Bike Share Program allows patrons of the Lorain Public Library system to check out bikes, helmets and locks.

Go Lorain is part of the Lorain Connected Collaborative, with many facets of the community involved. Lorain County Public Health, a partner in the program, counts addressing obesity as one of its priorities, and getting active with bike riding can help curb obesity.

In the same vein, Lorain County Community Action Agency, another partner, empowers low-income families, and bikes can serve as a form of transportation for those individuals who might not be able to afford a car.

The Lorain Police Department supplies the bikes, while local youth repair them as part of a job-training program. A portion of a grant to Lorain County Public Health funded the bike share, and these funds also enabled the community to install bike racks and distribute educational material about cycling.

This nascent bike-sharing program is a true representation of how a community can come together to effect small changes that have the potential to make a significant impact on the well-being of residents.

A city of 75,000 in the Lehigh Valley in Pennsylvania, Bethlehem hosts the Bike Bethlehem! initiative, which provides free loaner bikes through the Bethlehem Area Public Library, the local YMCA, and a local bike shop. While it might seem counterintuitive for a bike shop to loan out bikes for free, what better way to have the potential customers test drive the merchandise or maybe get bitten by the bicycling bug?

One program partner —The Coalition for Appropriate Transportation (CAT) — provides educational programs encouraging biking, walking, and the use of public transportation. Similar to Lorain County Public Health’s sponsorship of Go Lorain, St. Luke’s University Health Network is the key sponsor of the Bethlehem bike-sharing program. This demonstrates how some community health organizations are prioritizing preventative care and wellness in the hopes that it will lead to positive public-health outcomes.

The Kent District Library, which serves the Greater Grand Rapids area in Michigan, offers Breezer Uptown EX 8-speed bicycles for patrons to check out. Sixteen library branches have four bikes each. The library, which encourages riders to use the hashtag #KDLCruisers on social media, reports that many patrons enjoy taking a bike ride on their lunch break.

While most library-based bike-sharing programs only have adult bikes available, Sierra Vista Public Library’s Borrow-a-Bike Program ensures that kids don’t get left behind. In addition to a full gamut of adult bikes — from multi-speeds to cruisers to adult tricycles — this Arizona library has kids’ bikes available. Launched in 2016, the program solicits bike donations from the community, cultivating a sense of ownership over the program, which allows bikes to be checked out for three days, plus one renewal.

Austin might be known as the progressive bastion of Texas, but Georgetown — a city of 50,000 people 30 miles north of Austin — is not to be outdone, having established their own bike-sharing program. Using their library cards, patrons can check out one of ten bikes — each equipped with eye-catching red baskets perfect for carrying a picnic to the park. Cyclists can pedal downtown or along many local trails. Loan periods are 24 hours, and helmets are also available.

As part of the Grand Rapids Community Bike Share, the Grand Rapids Library in Minnesota also loans bikes to patrons. One unique feature of this program is its incorporation of an app that encourages users to get active. Get Fit Itasca, an Itasca County public health campaign, encourages users to download the My City Bikes app to discover local bike paths in the area.

Vermonters have taken the bike-sharing movement to new extremes with the introduction of electric bikes (or e-bikes). According to the Norwich Energy Committee, transportation eats up 44 percent of Vermont’s energy use, and contributes to 53 percent of its carbon emissions. Many Vermonters recognize that bikes could be a solution to this problem, but Vermont’s many hills can make cycling a challenge.

Enter e-bikes. The Norwich Public Library (NPL) recently began loaning out e-bikes. The NPL will host the bikes for five weeks before they move on to other libraries and community organizations throughout Vermont. It’s a program of Local Motion, a non-profit founded in 1999 with a goal of encouraging Vermonters to make biking and walking a bigger part of their daily routine. A partnership with Vital Communities and the Norwich Energy Committee allowed the NPL to host the bikes. Loan periods last four days, from Thursday to Tuesday, and have filled up quickly. For those still hoping to take these unique bikes for a spin, the NPL is inviting patrons to take them out in half-hour slots on Wednesdays. After the bikes leave the library, the NPL will set up a 24/7 bike repair station and a new bike rack in front of the building, ensuring that they’re not abandoning their commitment to being a bike-friendly library.

This list represents just a fraction of the communities — from Idaho to Michigan to Florida — where library patrons can check out a bike. University libraries are also getting in on the action: The University of Massachusetts, University of Georgia, Rollins University, Tufts University, and Franklin & Marshall College all offer students and faculty access to bikes through their respective library systems.

Communities with library-based bike-sharing programs are making real change, but they aren’t reinventing the wheel. They’re using existing infrastructure — the local library — in the service of a common goal. They are also working with different sectors of the community — from youth employment programs to police departments to hospitals — to create sustainable initiatives. These initiatives  have the potential to improve public health outcomes and level the playing field for those who want to hit the open road — or the local bike path.