Is It Time to Bring Back the Boarding House? - Shareable
Skip to content 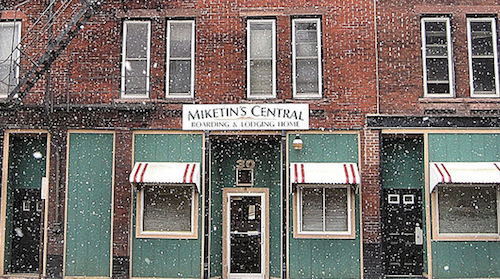 Is creating an abundance of affordable, sustainable housing as easy as striking a few municipal rules? Alan Durning says yes. In his new ebook, Unlocking Home: Three Keys to Affordable Housing, the renowned writer, lecturer and founder of the Sightline Institute argues that cities have “effectively banned what used to be the bottom end of the private housing market” by putting restrictions on boarding houses and how many roommates can inhabit a house.

Drawing inspiration from earlier times when boarding houses were commonplace, Durning paints a picture of housing density, shared quarters and sustainability. His three keys to creating affordable communities are: re-legalizing rooming or boarding houses; uncapping the number of roommates who may share a dwelling; and welcoming accessory apartments, such as in-law flats or garden cottages.

While the idea of a limitless number of roommates may be a nightmare-inducing thought for some, the fact is that the housing market is in crisis and cities are facing the loss of diversity, vibrancy and culture as people are forced out by rising rents.

Durning's suggestions are smart, but aren't the total solution. Fighting the negative effects of gentrification requires much more, including taking a portion of the housing stock out of the speculative market through public-private approaches such as cooperative housing, land trusts, and public housing.

In what is perhaps the best news for municipalities, Durning notes that striking the restrictive codes can happen at zero cost. In doing so, cities could easily increase urban density without making big architectural changes. Removing legal barriers could also provide income opportunities for those living in urban centers.

Whether Durning’s approach would be as easy in practice as it is in theory will depend on the municipality, but his ideas are worth considering. 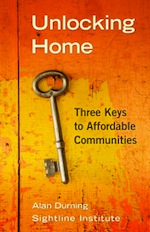