How to Start Your Own Waterpod - Shareable
Skip to content 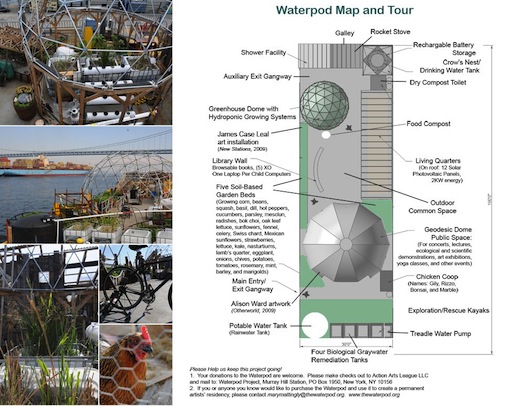 Babelgum’s New Urbanist video series is amazing, little clips of people remaking their cities one DIY project at a time. We’ll be running one per week.

First up: The Waterpod is “a floating eco-habitat that will study self-sufficient, water-based living.” Four artists take turns living on board the 30-by-100-foot barge as it moves to different sites around NYC:

Here’s how they did it, straight from their website:

WORKING with NATIONAL, STATE, and LOCAL OFFICIALS and BUSINESSES