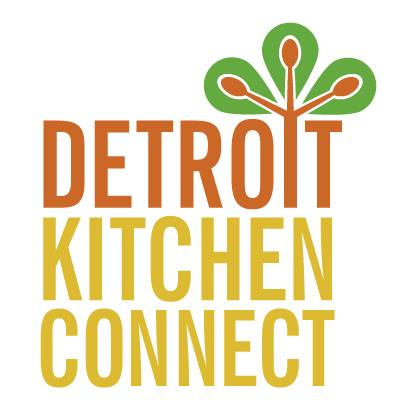 As the local food movement gains momentum, kitchen incubators are on the rise as a way to support local food business upstarts, offering low-cost access to licensed kitchens and professional-grade equipment, connections with suppliers and customers, assistance complying with health regulations and licensing issues, and a general sense of community for entrepreneurs who would otherwise be facing the labyrinthine food business landscape on their own.

According to an August, 2013 survey by Ecoconsult Solutions, at least 130 kitchen incubators are active in the United States. The report details multiple types of incubator models and the challenges they face. Chief among them is the fact that kitchen incubators’ fortunes are tied closely to the success of their member entrepreneurs, which is subject to the notoriously fickle food industry. Other challenges include a lack of business experience common among many food entrepreneurs, issues related to facility costs, design and scheduling, attraction of high-quality entrepreneurs, and regulatory compliance issues. Establishing a workable financial model is another significant challenge; the survey reports 31 percent of kitchen incubators making money, with 53 percent breaking even and 16 percent losing money. The main costs of operating a food kitchen incubator include the cost of the brick-and-mortar facility, regulatory fees, utilities, education and administration.

FoodLab Detroit’s new Detroit Kitchen Connect program is experimenting with an innovative new model for kitchen incubation that drastically reduces the cost of operation by taking advantage of existing resources while strengthening connections between food entrepreneurs and the local communities they serve. This “distributed incubator” model creates an Airbnb-like system for kitchen incubation by connecting underutilized kitchens throughout the community with food entrepreneurs, taking advantage of infrastructure already in place.

“It happened very organically over the course of three years,” says Jess Daniel, founder of FoodLab Detroit, an organization devoted to supporting local food entrepreneurs in the Detroit area. “We were trying connect people with commercial kitchen spaces, but that wasn’t working.”

A lack of information in the community about the availability of such spaces makes it hard for entrepreneurs to find them. And many commercial kitchen spaces are reluctant to share their spaces because the extra use drives up utility costs.

So Daniel and contractor Devita Davison began talking to food entrepreneurs and owners of commercial kitchen spaces to figure out a system for connecting the two in a way that creates value for both parties.  And so Detroit Kitchen Connect was born.

The program reimburses commercial kitchens for the incremental utility costs they incur as a result of the businesses’ use of the space, and charges subsidized rents to entrepreneurs at rates between $15 -$18 per hour. Daniel notes that the actual cost is closer to $30 per hour when administration is taken into account; the rent is currently subsidized through a grant from the McGregor Fund. Daniel is sure to be clear with participating entrepreneurs that they are receiving a subsidized rate and must eventually figure out a way to pay market rates if their businesses are to be viable.

Although Daniel stresses that the process of designing the program, which took over three years to develop, was anything but linear, she outlines the following steps for others looking to create similar programs in their communities:

Step One: Understand the Nature of the Demand

Daniel and Davison began by surveying their network of over 300 food businesses in the area to determine how many kitchen hours per week are needed by each business, the types of equipment needed, types of products that would be produced, and the entrepreneurs’ ability to pay rent.

“You will never get it perfectly,” says Daniel. “But it’s important to understand the demand before anything else.”

Step Two: Understand the Nature of the Supply

Once the nature of the demand is understood, the next step is to understand the needs and expectations of potential commercial kitchens. Since FoodLab Detroit was interested in keeping costs low for entrepreneurs, they quickly ruled out commercial kitchen spaces who were seeking to turn a profit on kitchen rentals, instead deciding to work with organizations whose mission was consistent with FoodLab’s desire to build up the local community.

Although the commercial kitchens FoodLab decided to work with did not expect a profit, they did need to recover costs. So the organization settled on a model for reimbursement of the incremental utility costs incurred as a result of the businesses’ use of the space. FoodLab developed a financial model that takes into account utility costs, administration costs, grant subsidies, rental fees, and the expected number of tenants per kitchen, and developed an overall financial model and monthly budget that was both affordable for the entrepreneurs while covering the costs of participating kitchens. The program reimburses the kitchens on a monthly basis.

Foodlab serves primarily as designer and catalyst for the Detroit Kitchen Connect program; Davison, who is now on staff at Detroit Eastern Market Corporation, manages day-to-day operations. Inquiries come in through multiple channels and partners, and are posted to a common dashboard on Trello. Staff then follow up with the businesses to connect them with available spaces. Detroit Eastern Market Corporation staff also assist entrepreneurs with securing licenses. FoodLab is working with other kitchen incubators in the region to develop more streamlined processes for moving entrepreneurs through routine tasks. Options for doing this may include mandatory pre-incubation meetings or online videos.

A true kitchen incubator system does more than just connect entrepreneurs with kitchen spaces. While Davison at Detroit Eastern Market Corporation handles day-to-day logistics, FoodLab designs and delivers education programs to participants, including workshops and information on sourcing, financial management, business plan development, and securing capital. FoodLab also operates weekly office hours and a bootcamp designed to cover all of the basics for food entrepreneurship, and utilizes its network to connect entrepreneurs with local suppliers and customers.

Leveraging Organizations with Deep Roots in the Community

Daniel sees the distributed network model as having several advantages.

“I think the value of the distributed model, in theory, is that we are working with organizations that already have deep roots and a stake in the communities they are located in,” she says.

She points to the example of St. Peter and Paul Church in southwest Detroit, a traditionally Eastern European Catholic church that is working to build community connections with new Latino residents who have moved into the neighborhood.

“One neighborhood resident who makes cakes for quinceañera and weddings and special occasions was able to come in and use the Kitchen Connect kitchen while in the process of getting licensed,” says Daniel. “So it helps builds community in place.”

Moreover, Daniel sees the distributed model as being a more efficient use of limited resources than building new kitchen spaces.

“These are facilities where they are already investing time and energy in keeping the lights and the refrigeration on,” she says.  “There are people who are taking care of the spaces already.  We could invest time and money and energy in building out something new, and there are some advantages in that because you have more control, but it’s a waste of both physical resources and funding that could go toward people instead of toward infrastructure.”