How to Invest in Good: Community Development Banks and Credit Unions - Shareable
Skip to content 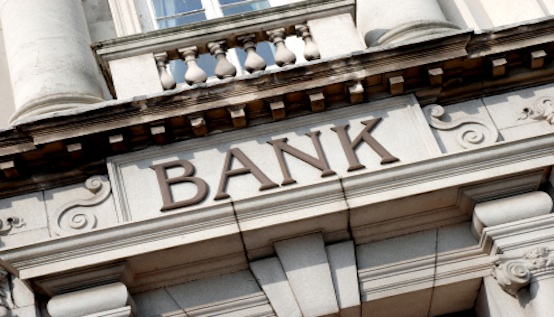 This post was written by Will Klein and initially published by Mosaic, a platform that makes it easy for anyone to directly invest in community-scale solar energy projects.

Have you ever wondered what happens to your money once you put it in the bank? Well, even if you did wonder, you would never know. The Atlantic’s Frank Partnoy and Jesse Eisinger recently sought to figure out exactly what banks did with our money, and to spoil the punchline, they never could figure it out.

What if instead of giving your hard-earned money to the unknown, you could put your money to work helping communities in need AND access the same services you have come to expect from your traditional bank?

With the rise of online banking and increased partnerships among small banks, it is now easier than ever to move your money, create good in your community, and keep your money safe in checking and savings accounts, CDs, and other bank products.

The first CDFIs emerged as private organizations aiding federal efforts to alleviate poverty and racial discrimination in the 1960s and 70s, with institutions such as South Shore Bank in Chicago or the Santa Cruz Community Credit Union. In the early 1990s, the creation of the government agency, the CDFI Fund, provided direct funding to CDFIs as a way to leverage private investments and spurred the rapid expansion of CDFIs from the late 1990s to today. Today, there are over 1,000 CDFIs formally recognized by the CDFI Fund in the U.S., with many more unlisted organizations doing similar great work. There are 6 main types of CDFIs, but in this post we’ll focus on the two related to personal banking: Community Development Banks and Credit Unions. A third type, Community Development Loan Funds will be covered in a later post.

What does this mean for you?

Two things. 1) You now have a straightforward alternative to big banks with similar ATM, depositing, and savings capabilities. 2) For those looking a bit beyond simple savings accounts, you can put your money to work in a specific loan fund that provides you with a return on your investment. Both of these options allow you to move your money to directly support communities across America that otherwise would not have access to traditional sources of financing. While you can always provide loans directly to your neighbors, the government recognizes “community development financial institutions” as formal mechanisms for you to use your money to catalyze economic development.

Both of these offer alternatives to your checking and savings accounts, and offer many of the same products as a conventional bank- checking and savings accounts, CDs, credit cards, etc. Your money is guaranteed by the Federal Government up to $250,000 just like a traditional bank, and the advent of online banking makes it easy for them to offer the same conveniences as your for-profit mega-bank.

With a community development bank or credit union, you have a much better idea of where your money is going- to provide small loans to build houses, businesses, and otherwise get people onto their feet within that community.

But what about ATMs, deposits, and other basic conveniences of the big guys? Well, thanks to online banking and the emergence of networks, you can have your cake and eat it too. Let’s run through the list:

ATMs: Thanks to the emergence of surcharge-free ATM networks, it turns out you may actually have easier access to ATMs than with your previous bank (for instance Co-Op ATMs are in seemingly every Walgreens) when you make the switch to a CDFI.

Additionally, many institutions will also offer to reimburse a certain number of ATM fees, giving you even greater ATM access than your traditional bank!

Still skeptical? Try before you buy! For the next week, be on the lookout for one of the surcharge-free ATM networks listed above, don’t forget to use their apps!

When you find an institution you’d like to join, check their locations page to find out more about their ATM location, and if you can also make deposits at these ATMs. For example, Urban Partnership Bank is part of the Allpoint network, giving you access to over 50,000 surcharge-free ATMs in the country (to put this in perspective, Bank of America has only 16,000 ATMs).

Deposits: With nearly all offering online banking, geographic proximity is becoming less of a barrier. Most support direct deposits and easy online banking (ex. Sunrise Bank allows you to scan your checks and deposit via your computer). And for those that don’t, you should consider setting up or maintaining a no-fee, simple, account with a traditional bank. They typically require a low minimum balance, perhaps $100 or $1,000. You can then deposit your checks into this account, and then transfer the control of your money to the CDFI of your choice.

Credit Cards: Although not all will offer credit cards, many do. Check Green America’s list of Responsible Credit Cards to find out more.

Time to find a CDFI: Check out this handy map to see if there are any local CDFIs in your area.

If you don’t see a community development bank or credit union near you, don’t despair! Not only is the map not necessarily exhaustive (check with the CDFI Fund directly), but you may be better off investing in a community bank (that hasn’t necessarily applied for CDFI status from the Federal Government) or you can also open an account at any bank and use it to transfer money to the community development bank or credit union of your choice- this way, the bulk of your money is still being lent out to those most in need.