How to Create Abundant Cities - Shareable
Skip to content

Is it enough for our lives, our economy, our cities to become “sustainable”? If being sustainable means no more than being able to maintain the status quo of strife and never having enough, of contests over who gets the most of the scarce resources available, then aiming for sustainability is not enough. We should instead aim for abundance.

What’s abundance? Abundance, by my definition, is the condition when all people, regardless of their backgrounds, now and in the future, are enabled to live life as art. 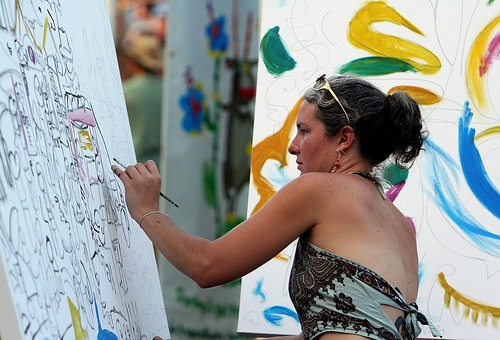 Life as art can only flourish in conditions of freedom, because it is based on exploring one’s own inner self, one’s own needs, wants and desires, and finding one’s own unique way of expressing oneself to others. Life as art supports social equity, both because expressing oneself to others does not depend on exploiting others, and because the more people around you are able to express themselves freely, the more you are enabled and encouraged to do the same. Finally, life as art is compatible with sustainability, both because most people’s values include the preservation of human and other life on earth, and because life as art helps overcome our addiction to an ever-increasing consumption of material commodities that do not satisfy our real needs.

The major obstacle to abundance is that our economy finds value only in scarcity. Anything abundant either cannot be sold (for example, air to breathe), or can only be sold at a low price (for example, the labor of landless rural people). An economy that runs on profits devalues everything that is abundant, leading to excessive exploitation and pollution. At the same time, somebody has to make sure that demand for marketed commodities constantly grows, so that demand exceeds supply (that’s the economic definition of scarcity). We’re told that we just naturally always want more, but in reality, we can easily observe that some people are content with relatively little and others never have enough. Also, everyone’s wants and needs are greatly influenced by their social environment. Our needs and wants only grow inexorably under specific conditions – and these conditions are expressly created by what I call scarcity-generating institutions.

Some examples of scarcity generation? The way U.S. (and many other) cities are built provides lots of them. Industrial interests, real-estate markets, and urban growth machines have conspired to create sprawling cities that make it impossible, impractical, unpleasant, or downright dangerous to get around by walking or cycling or public transport. These institutions have made mobility a scarce commodity that can only be obtained by buying a car (with all its follow-up costs).

The resulting health problems (ranging from respiratory problems to obesity) contribute to escalating health care costs. The inability to meet people while walking about town leads to a decline in sociability, a reduced sense of community. Where there are fewer “eyes on the street,” security becomes scarce and depends on employing more police, installing alarm systems and surveillance cameras, imposing harsher penalties for misdemeanors, and so forth. People become afraid of walking on the street, and patronize only stores with a big parking lot around them. That brings lots of business to the big-box chain stores, and starves small independent businesses which form the heart of a vibrant local culture and economy. 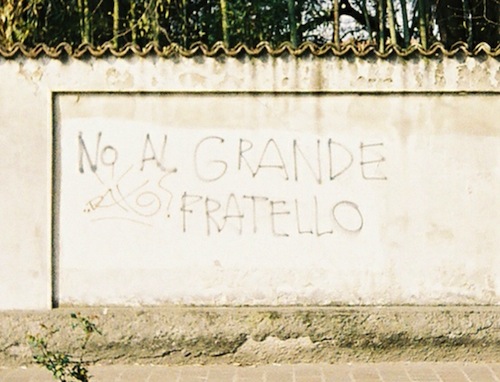 Meanwhile, policies from the federal level (such as tax incentives) down to the local level (such as zoning ordinances) provide subsidies and other support for building the most space and resource-demanding form of housing (single-family houses with large lawns around them), while leading to an underprovisioning of more reasonably-priced alternatives (such as rented apartments, condominiums, and coop-housing). So, people find that the only way they can get good housing is to move into the suburbs. The resulting sprawl makes land in reasonable vicinity to the city center scarce, and drives up its cost – and also the cost of rents for families and business owners.

In fact, walkable places with a good mix of businesses and a sense of urban flair and vitality have become so scarce in the United States that they now attract a disproportionate number of people who hunger after something better than suburban desolation. That drives up real-estate prices in these “gentrified” places, and drives out many of the long-time residents who can no longer pay the increasing rents. 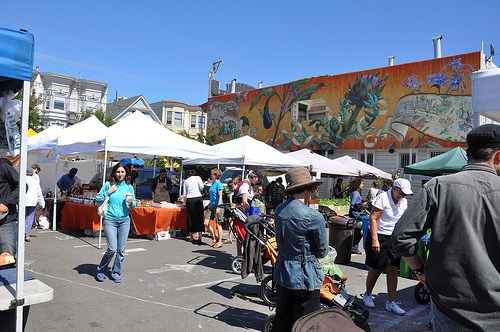 It’s an absurd irony, but it seems that living in a place where you can enjoy getting around by walking has become a privilege of the rich.

All of the above leads to increased consumption, increased profits to be made, increased economic “growth,” but reduced quality of life, restrained choices, increased inequality, and intensified environmental destruction. We need something else.

Scarcity isn’t produced only in cities; it’s produced all over the place in different ways, and by individuals in families or in small groups as well as by national governments, transnational corporations and financial institutions. So cities are not the only type of place where we need to counteract the forces of scarcity generation, but they’re an important one – particularly because cities are the places where most cultural innovation occurs and then spreads both to smaller settlements and up to the national and international levels. What, then, can people – individuals, community organizations, businesses, and local governments – do at the urban scale in order to promote abundance? Here are a few answers. There are many more, and I hope that you, the readers, will think of many more, or think about what you are doing already and how that may contribute to abundance.

We’re made to believe that life consists of being born, getting a degree, marrying, buying a single-family house, car, and dog (plus lots of other consumer items), earning as much money as possible (without wasting time on questioning the meaningfulness of our work), retiring, and dying. But life can consist of so much more – if we take the time to explore ourselves, our values, our relationships to others, and the ways that we may express ourselves and our values through our work, whether paid or unpaid. In other words, we can live life as art. To facilitate this kind of exploration, there can be all kinds of schools, businesses, meditation centers, meeting places, street theatre, publishing houses, libraries, and so on. There’s lots of scope for individual enterprise here, and city governments can help in the establishment of places where this kind of cultural ferment can happen.

Cities can also support more abundant freedom of choice among their residents by ensuring that there are different ways to cater to specific needs. The need for mobility can be served not only through private cars, but also through walking, cycling, roller-skating, buses, trains, boats, horse-drawn carriages, car-sharing, taxis, and so on, provided by private businesses, public enterprises, self-provisioning, cooperatives, and so on. 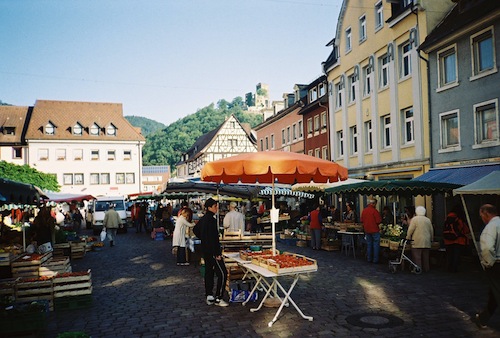 The need for housing can be served by owner-occupied houses, but also by rental housing, housing coops, community land trusts, and other means. One size doesn’t fit all, and we shouldn’t all be forced into one size. The more such options there are, that don’t just depend on market mechanisms but also on sharing and self-provisioning, the more likely it is that low-income people will be able to get what they need (and thus not be poor). And, it’s also more likely that people can provide for their needs without consuming excessive amounts of resources.

A perennial problem we face these days is that any solutions to environmental problems appear to drive up the cost of living – for example, organic food costs more than industrially grown food, and reducing energy needs requires up-front investments (even if it saves money within a few years). Also, there’s a conflict between trying to ensure reasonable costs to consumers and making sure that the producers of those commodities get adequately paid for their work. The producers who get the worst payment for their work are often the workers, but small businesspeople also often put in long hours for little or uncertain returns. This is especially true if they face direct competition from large retailers, who have their own means of reducing costs. In a profit-driven system, it can be extremely difficult to reconcile the interests of consumers, workers, and small business owners in the face of large corporations.

One of the ways to overcome this dilemma is to promote various forms of shared ownership. In worker coops, the workers are co-owners of the business and can decide among themselves how to distribute revenue between wages, profit (shared among co-owners, i.e., themselves) and investment. In community gardens, people produce food for themselves and are thus producers and consumers in one (sometimes referred to as “prosumers”). In customer-owned utilities, the customers are co-owners and can collectively decide how much to charge themselves for the use of electric power, and how to allocate the net revenue between profits (shared out among themselves) and investments. In all such ventures, the co-owners can collectively decide how much environmental and social goals are worth to them. They are not bound to put profits first like corporations are, and can choose to make these ventures into part of their lives lived as art. City governments can support such ventures through appropriate business incubators and by facilitating the process of obtaining necessary permits.

This piece has focused on the basic idea of how to promote abundance in cities; in the future, I hope to write some more contributions about specific examples. But in the meantime, I encourage you to read other contributions to shareable.net and think about how all those initiatives are helping all people, now and in the future, to live life as art, creating greater abundance!