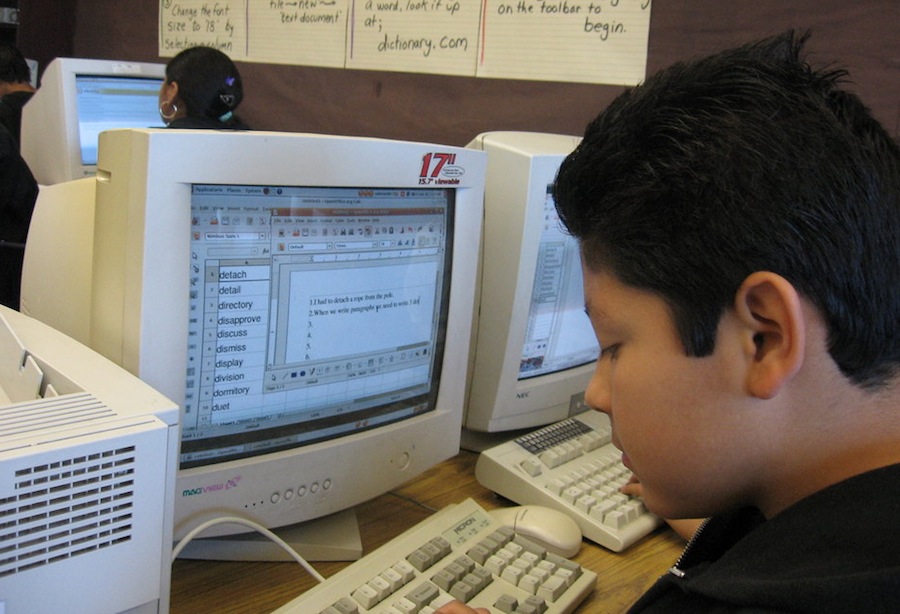 When Robert Litt, a teacher at Ascend, a K-8 school in Oakland, California, was told that there wasn’t money for a computer lab, he got creative and built one anyway; at zero cost to the school. As he explains in a 2012 Maker Faire presentation, he needed computers to built a lab and individuals, businesses and government are regularly discarding outdated computers. By connecting these dots, he created a thriving lab that teaches technology, and literacy through technology.

The key to Litt’s success was using Ubuntu Linux, a free, open source operating system, and Open Office. Many outdated computers have functioning hardware, they just need new software. By using Linux, he was able to bring the computers back to life. In doing so, he diverted them from the landfill, reclaiming what he calls “our most wasted education resource today.”

For those who think that they aren’t tech-savvy enough to install and run Linux, Litt counters with the fact that when he started out, he “didn’t know a darn thing.” He followed directions from the Ubuntu website and when he ran into problems, he looked on the Ubuntu wiki and went to the Linux community and asked questions. The most important thing, he says, is not your tech ability, it’s your commitment to learning.

“The people who are the best at it are teaching themselves in the moment,” he says. “If you change your own consciousness to the fact that I am going to learn and I am going to be teaching myself every step of the way, you start to make it happen.”

1. Assign or find a lead teacher: Someone needs to step forward and take the lead on the project.

4. Install open source software and put the computers to work: Here’s where your commitment to making the project happen comes into play. You will have questions and run into problems. Follow directions from Ubuntu, use the Ubuntu wiki, and ask questions of the Linux community. According to Litt, you’ll get answers and start to make the project happen faster than you thought you could. “You can make it happen,” he says, “and you should make it happen.”