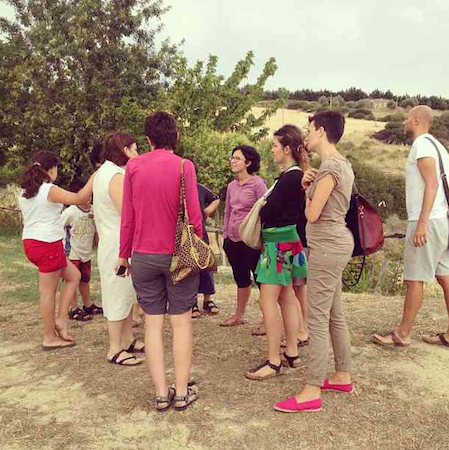 Above, participants of Exploring Basilicata survey the region.

My strong belief in the power of collaboration led me to found Casa Netural, a collaborative hub in Matera, a small, rural town located in southern Italy. Here are a few helpful observations from the process of establishing Casa Netural for anyone looking to create meaningful connections among rural innovators. 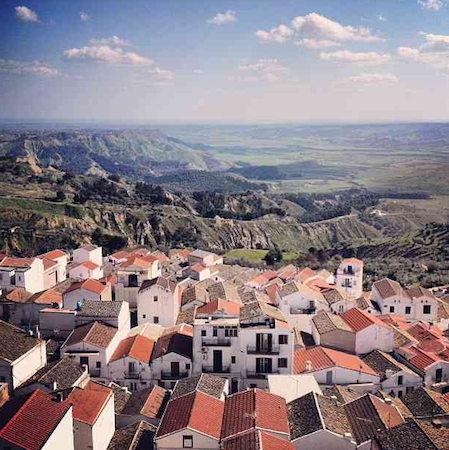 Pisticci, a town comune in the province of Matera.

The primary benefit of coworking in a rural place is the availability of space. Space provides physical and mental freedom, inspiration, and natural beauty. But, like all good things, collaborating in a rural setting also has its drawbacks.

For one thing, the task of finding social innovators is far more difficult. In many cases, rural innovators create groundbreaking projects out of necessity. They don’t set out to be world changers and often complete their work in isolation. So networking and collaboration is a foreign idea.

That said, when innovators are able to connect around a central source of support, the outside world becomes invaluable to their work. It fosters growth, development, and sustainability.

The first step to building a rural collaboration hub is to identify these innovators. The most effective way to do that in a rural setting is to get out in the community and see their work firsthand. By taking time to walk the streets and ask questions, you can discover so much more about how things are being done and why.

In the case of Casa Netural, we understood that the countryside was too isolated for a collaborative space to work. So through a process called Exploring Basilicata, we chose to create a collaborative space in Matera, a town of 60,000 inhabitants surrounded by nature and small villages. We’re now focusing on building Casa Netural's community and affiliate network. We hope to move out of the city after they have been established.

During the Exploring Basilicata process, we divided the Basilicata region into ten smaller areas where we could focus our treasure hunt. We combined the process with our Co-Living project, which brought innovators from other regions and countries to Matera to live the reality of collaboration and change. Together, we set out to investigate a different district each weekend. 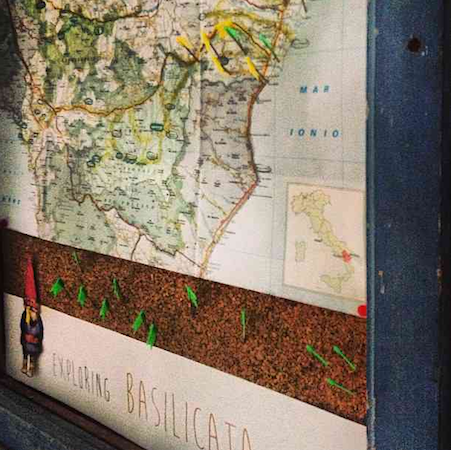 A map of the region used for Exploring Basilicata.

The experience was especially refreshing because it helped change both the innovators and the local community’s perception of Basilicata. The region is neither poor nor stagnant. Through our exploration, we helped community members increase their appreciation for what they were doing. We visited artisan workshops, bio-organic agriturismos, and cultural associations big and small. Each was unique.

The first essential element of Exploring Basilicata was the rural setting. The process of creating meaningful connections in a metropolitan environment would be completely different and almost natural as a result of higher density. In the country, on the other hand, networking is often a new idea. The second element was curiosity. People must be interested in building their knowledge and connections with others near and far in order to build local economic resilience. Finally, there's innovation. We saw many new ways of doing things and of creating new products from traditional materials or methods. Plus, we shared our knowledge about innovation, social media, and business planning. 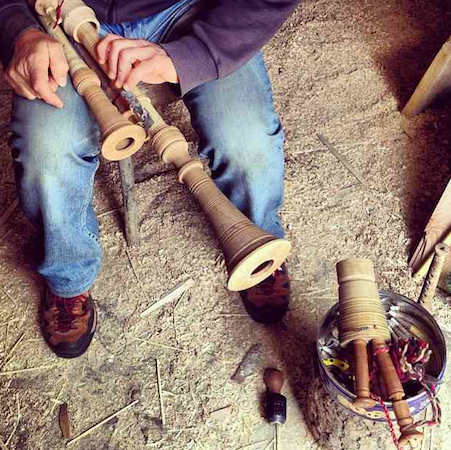 With these simple elements you can connect individuals around social innovation and begin to build a sharing economy in a rural setting.

In the end, perhaps the biggest benefit of the Exploring Basilicata process was its ability to connect people and spread the message about collaboration and the sharing economy. I believe the added local connectedness and collaboration will make the local economy stronger. Local innovators also connected to people from around the world making our region an international hub of social innovation. This possibility exists for any region.

So get out into the nature. Meet people. Map the innovation in your region, and share the spirit of collaboration! It will make your area stronger and show that you don’t need to be in a metropolis to be successful or connected to the world. You can do it all from your country house.

Additional photos from Exploring Basilicata can be found on Instagram with the hashtag #explobasilicata.