How to Barter, Give, and Get Stuff - Shareable
Skip to content 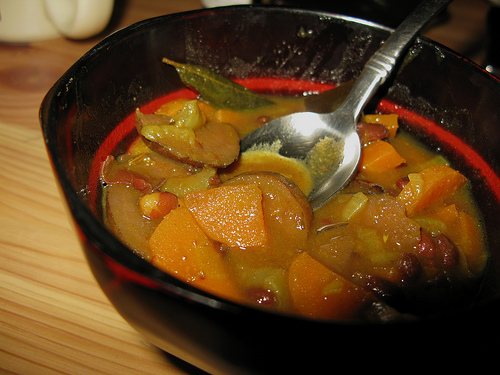 There are things we do for money and things we do for free. And then there is everything in between. In that between-space, there is a growing and exciting world of barter, work exchange, gift circles, mutual aid societies, time banks, local currencies, and other modes of transacting that don’t use regular money. These transactions form a huge component of the “sharing economy,” the “third economy,” the “sustainable economy,” or whatever you may call this “new economy.”

I thought it would be a fun and important project to sort out the tax, business, and labor law implications of these “in between” transactions. However, when I got knee deep into the research, I found that things got rather soupy.

Explaining legal concepts in an interesting and vivid way can be a challenge, which is why I’ve chosen to construct this article around a more familiar concept: soup. There are a couple ways of making soup that fit clearly into defined legal frameworks:

But once we go beyond these straightforward examples, making soup is definitely not cut and dry. I should warn that having a vast body of laws and regulations doesn’t mean that we actually know how to interpret them. Courts wrestle with the meaning of laws on a case-by-case basis, and that’s where we learn how to interpret laws. When things end up in court, it’s generally because there’s a lot of value at stake, like in a car accident lawsuit or major tax evasion case.

Truth is, the IRS doesn’t very often bring people to court over tax owed on a free guitar lesson received in exchange for babysitting. Definitely not often enough for us to have much case law to go on, or to know how to interpret the rules. The rules more or less say that barter is taxed and gifts are not. (For details, see Treas. Reg. § 1.61-1; IRS Publication 525; and 26 USCS § 102.) But in an informal economy, there are infinite ways to give and receive, and the line between barter and gifting could be unclear.

Furthermore, it’s hard to know how far the taxing of barter income actually extends. The IRS rule on barter, as written, appears to tax any good or service you receive in exchange for any other good or service. In practice, however, it’s probably not such a blanket rule. The IRS doesn’t seem to concern itself with one-time, casual, non-commercial exchanges of goods or property. Administratively, it would be a hassle both for taxpayers and the IRS to report the plums I gave my neighbor in exchange for his figs. Unfortunately, it’s hard to say at what point a barter arrangement has become sufficiently formal, commercial, or regular to be something that you should report.

There are also gray areas in designating what, exactly, is a business and what is an employee. As the informal economy begins to flourish, we may be surprised to sometimes find ourselves, unintentionally, operating a business, or, unintentionally, employing someone.

Sound confusing? Perhaps some examples and an extended metaphor will help. Let’s look at how all these rules play out using other scenarios in which I make soup: 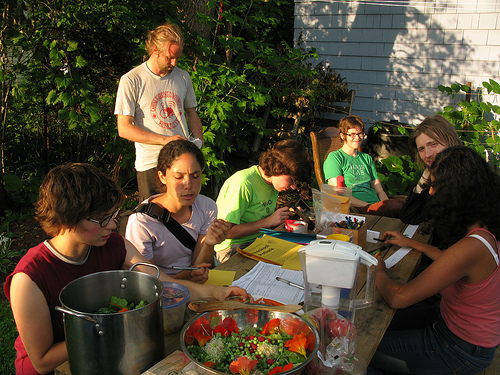 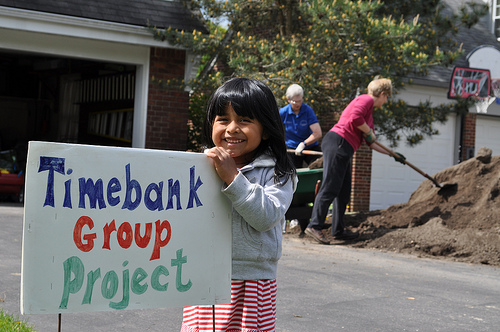 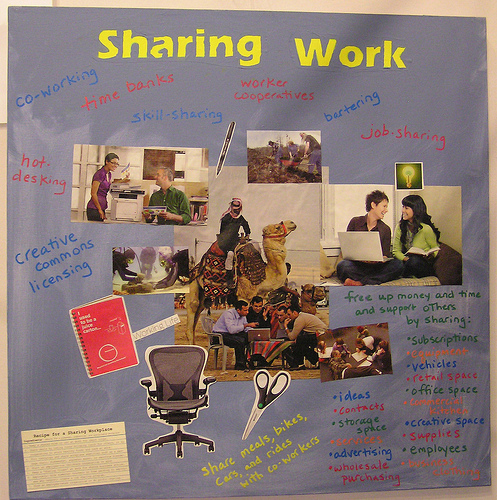 A collage made for for the Sharing Solution booth at the 2009 San Francisco Green Festival. Credit: Janelle Orsi.

I Can See Clearly Now the Money’s Gone

Even with all the annoying legal grey areas and hurdles, transacting without regular money is one of the most important things we can do to transform our economies. But why should we even delve into this world beyond money? After all, hasn’t our national currency been a useful and efficient tool for transacting with one another? Yes, in theory.

But, in practice, dollars aren’t always there when we need them, and whole communities suffer from the scarcity of dollars. To begin to understand how our money and banking systems play a role in actually creating scarcity, I’d recommend watching the movie “The Money Fix.”

The scarcity of money could actually be our good fortune if it forces us to see that value remains even when money does not. In reality, we have a wealth of valuable people, skills, goods, time, and potential in our communities. This value is highly unrecognized and underutilized because we’ve all had a lifelong dependence on transacting almost exclusively with our national currency.

Transacting through barter, gifting, time banks, and other creative means will instantly open up potential for strong, localized, and sustainable economies. While you can’t use “Soup Bucks” to shop at Target or Safeway, you may be able to use Soup Bucks to support local crafts people, micro-farmers, small manufacturers, and friends who can help you meet your needs. Rather than struggling to compete with multimillion-dollar companies, a new generation of micro-entrepreneurs will thrive on new kinds of transactions.

The new economy comes hand-in-hand with more connected and supportive communities – neighborhoods where people know each other, circles of acquaintances who actively support each other, and more widespread use of cooperatives as a way to feed, house, and provide for ourselves and others. The new economy not only gives as a means to survive; it gives us a great way to live.

This is the first in a series. In the next entry, we look more closely at the legal nuts and bolts of the gift economy…. 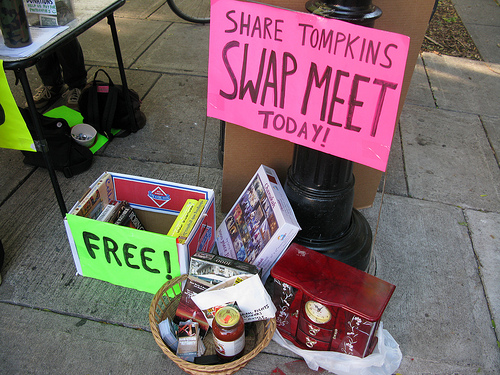 This article was an attempt to give readers at least some sense of orientation in relatively unsettled or uncharted legal territories. When legal definitions are unsettled, the best that we can do is 1) gain as much understanding as we can, by reading laws, regulations, tax rulings, and court cases, and 2) based on that information, make good faith and reasonable determinations about how to classify our activities. Sometimes, you may get the answer wrong, which means dealing with the consequences when the IRS, Department of Labor, or other agencies come calling. It’s up to you to decide what risks are worth taking.

Please keep in mind that the information in this article is not legal advice. Legal information is not the same as legal advice, which is tailored to an individual’s specific circumstances and relies on the lawyer knowing all the relevant facts.