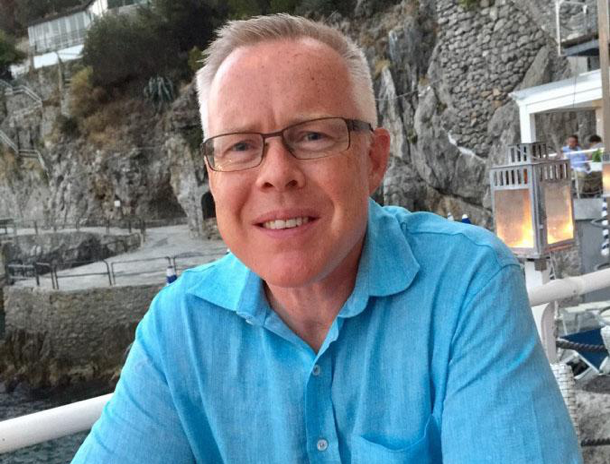 DigitalTown, a global movement working to turn cities into smart cities, is Shareable's latest sponsor. Traded publicly on the OTC, DigitalTown's super app connects local merchants to customers using technology geared to level the playing field between big and small players. I spoke with Rob Monster, founder and CEO of DigitalTown, to learn about how the company is enabling everyone to co-create thriving local economies.

Courtney Pankrat, Shareable: Can you start by telling me what DigitalTown is and how it works?

Rob Monster, DigitalTown CEO: DigitalTown is a smart city platform that lets any city, town, or village of any size become a smart city. The community searches, connects, shares, and transacts locally bypassing the extraction economy, keeping more money within the local economy and allowing the community to benefit from the success of the digital community. The entire platform is designed to run decentralized on the blockchain which has the further benefit of allowing the community to be the owner of the platform through the mechanism of city shares.

What do you mean when you say the community owns the platform?

When you have branded intermediaries like Paypal or Venmo, they leverage their status to extract value, often in the form of highly onerous commissions that increase over time by virtue of market power. Our thesis is that the city, town, or village become its own Amazon, Expedia, Opentable, Airbnb, and Paypal with the result being that the commissions should accrue to the co-op owners in proportion to their ownership.

The breakthrough is that we don't have to basically just trade off for one winner-take-all monolith to the next, as we often do as we go from MySpace to Facebook and from Facebook to whatever comes after Facebook. The point is that it actually is possible to change the paradigm and shift the playing field so that you have the ability to establish personal sovereignty over your own data and at the same time establish local sovereignty over your own community.

What's stopping a big chain like Walmart, for example, from populating the app?

To be fair, if they have a local outlet, and they would like to have their products listed, they would be allowed to do that. They should be allowed to compete on that level playing field. The difference here is they don't get an unfair advantage. In fact, to the contrary, there's no advertising on this platform. You can't buy ranking.

The way that it works is when you do a search, on say Austin.city, the search results are based on what is personally relevant for you and what is the most reputable answer to give you — as opposed to who was the most clever at manipulating SEO and/or who was the person that did a better job of managing costs/click advertising to arrange for their paid listing to appear at the top of the search.

In DigitalTown, the idea is that community is capable of learning what's good and the reputation of a merchant is an asset. The ability for merchants to accrue an un-gameable reputation as a user of the platform will dramatically impact their ability to be discovered. When merchants start doing a bad job, the consequences result in that merchant's search results not showing up as high. In the conventional economy, if a large chain operator wants to out-advertise and out-spend the local small businesses, it would be pretty easy for them to do that. In DigitalTown, the means for which you have the ability to send personal messages to people you'd like to notify about promotional offer is tied to having city tokens. We have a built in framework which makes it possible for people to starve bad actors of tokens.

What problems does DigitalTown solve?

We are solving a number of different problems. Number one is the problem of the extraction economy. All economic commerce gravitating towards winner-take-all profit-maximizing monoliths. As there's more automation, it's becoming a bigger deal because the amount of value that is accruing to labor, as a proportion of total spending is shrinking.

We are also solving for a problem of equal access to an advertising economy. The small to medium enterprises are disadvantaged in terms of their ability to establish digital presence, and their ability to generate digital awareness that they even exist.

Last but not least, by virtue of creating a verified digital identity, we are actually creating frameworks that gives you the ability to govern who can not only send you messages but also who can take money from your account and in what amount. If you have the ability to set up a policy based on a blockchain-based smart contract, you have the ability to govern who can take money out of your account. We are trying to create high tech that is embedded and designed to improve people’s lives everyday.

What are some challenges DigitalTown is currently facing?

The barrier to adoption now is about propagating the movement. Partnering with organizations like Shareable, who are on the vanguard of showing people how to succeed in this asymmetric economy by changing the rules of the game, are a very good example of the types of communication outlets that are in an ideal position to ferment change.

We sometimes say internally, 'If not now, then when? If not us, then who?' The problem is not just a big city, first world problem, the problem is becoming pervasive all around the world. The majority of humanity still lives in small towns. Even though the majority of economic value is being accrued in big cities. Secondary towns and villages are seeing their crops rot in the field, because they can't get their crops to market due to asymmetrical knowledge. Those people need DigitalTown every bit as much as somebody who is trying to decide to buy new or used baby equipment from Amazon or from a local seller. This is a global problem, and it requires a global solution.