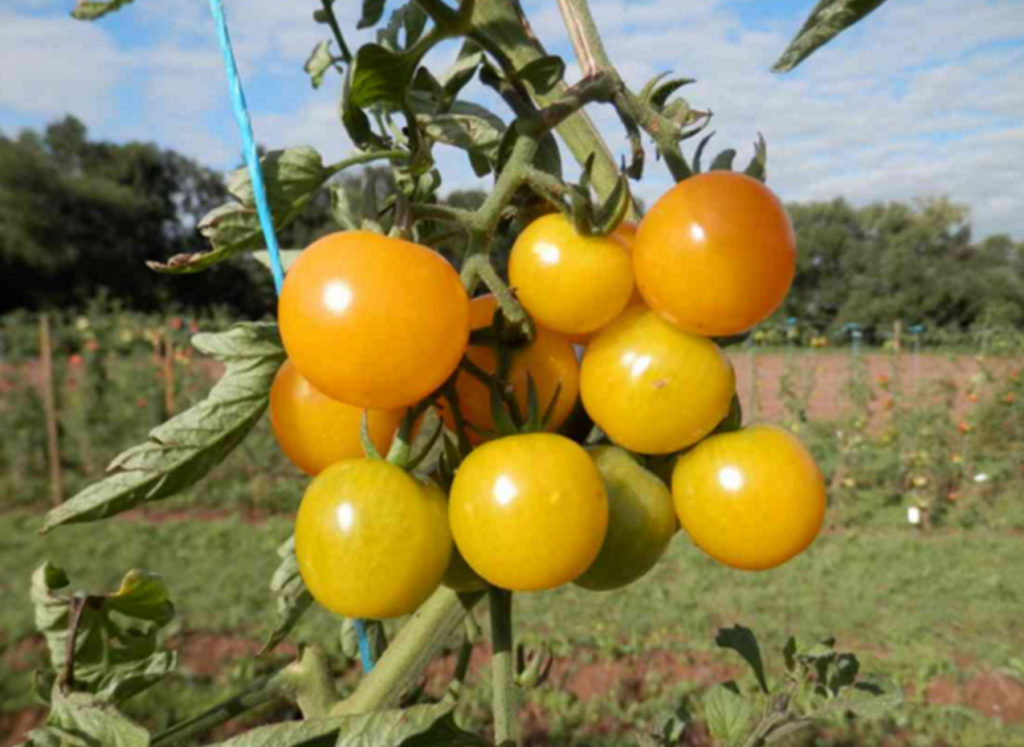 We know about open-source software and hardware, but can the concept – decentralized development and open collaboration for the common good – be expanded to address other global challenges? The nonprofit OpenSourceSeeds based in the German town of Marburg has just launched a licensing process for open-source seeds, to create a new repository of genetic material that can be accessed by farmers around the world, in perpetuity.

We spoke with one of the leaders of this initiative, Dr. Johannes Kotschi, to learn more about exactly how the open source model was adapted for seeds, and why this initiative is so important in an era of increasing global concentration of power in the agriculture industry.

Can you tell me a bit about the open-source seeds movement in Germany as well as around the globe? How big is it, is it growing, and who are the members?

Open Source Seeds (OSS) is a newly created organization, and we had our launch on the 26th of April in Berlin. We launched with a tomato called Sunviva. A tomato is quite a good symbol – everybody likes tomatoes, and everyone can grow a tomato. From all over in Germany we got requests from gardeners, plant breeders, from open-source activists for our open source tomato.

We are an offspring of AGRECOL, [which] is about 30 years old and focuses on sustainable and organic agriculture – mainly in the developing world. Within AGRECOL we started working on open source seeds about five years ago – first as a small working group.

There is a similar initiative in the United States – the Open Source Seeds Initiative, based in Wisconsin – but they are not licensing, they are giving a pledge to varieties. We have different strategies, we, OSS, pursue the legal strategy, and they pursue the ethical strategy, but we are working closely together.

How did the idea for creating open-source seed licensing emerge? Can you tell me about the process that led to the first licensed, open-source seeds? Were there any roadblocks or challenges you had to deal with?

We were inspired by persons – Elinor Ostrom, an American sociologist who received the Nobel Prize for Economics for her finding that commons can be used in a sustainable way. Refuted the idea of the Tragedy of the Commons – in which common resources overused by the public and thus have to private property, the famous hypothesis given by a scientist, [Garrett] Hardin.

She said no, there are clear rules to managing the commons – they are managed sustainably, and she defined seven principals. … Our idea was to develop a similar something, like a Creative Commons license, but seeds do not fall under copyright, seeds fall under seed laws. So we had to find another legal area to design a license.

So we defined a license agreement that falls under German Civil Law, as a contract that is pre-written for use by a single party, not individually negotiated. We do not violate seed laws, they exist, our license is supplementary to the seed laws – and this license protects seeds against patents, and against plant variety protection.

The license, in a sense, has the main principals of a creative commons license. The whole process took us roughly a year, mainly due to the fact that we had little funds, mainly had to rely on pro-bono contributions from lawyers. 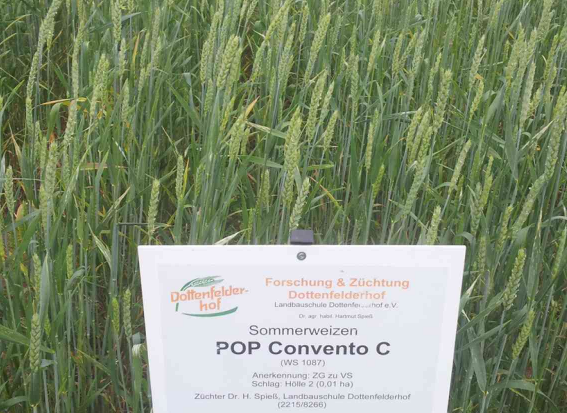 Why is having a special license with definable rights so important to protecting seeds and promoting diversity in global agriculture?

Our license is quite radical. It says that if a seed is licensed, this seed, and all further developments and modifications [of that seed] fall under this license. So this means you start a chain of contracts – if the person who has got the seed is giving further developments of this seed to a third person, he becomes a licenser, which means he or she is licensing a new variety

In theory, this can be indefinite. There is no way back to private domain. [Our license] does not allow any seed company to take the seed, use it for breeding, and put a patent on it.You can work with is, you can earn your money with it, but you have no exclusivity.

But what we need is diversity in production, diversity in genetic resources, and we need diversity in breeders. It is a danger if you are depending on a few companies – because they tend towards uniformity, their energy for creating innovation is decreasing because competition is getting less and less. They are also producing variety that do not respond to the needs we have. For example, these big seed companies do not provide what is needed for adaptation to climate change.

Monsanto and Bayer, for example, you will have a concentration of a company which has dominating position in producing pesticides and herbicides, and dominating the seed sector – they will link these two businesses together. They will produce seeds that correspondent with sales of agrochemicals. But in agriculture we need less pesticides, more agroecology. We need genetic resources and plants that fight pest and diseases by resistance, not by chemicals.

Can you tell me a bit about what it means if a farmer uses an open-source seed rather than a private, or corporate alternative?

License, first all of all says, there is no limitation to the use of this seed by the farmer. The only limitation is to refrain from privatization. Commercial seeds have become extremely costly, but the other point which is more important, the characteristics of a variety are not fully meeting the needs farmers have today.

And this applies, in particular, to small farmers in the world who are not able to pay the high costs of seeds for seeds from the big companies, or who may not need the varieties which are offered.

How can open source licenses for seeds help stem, or shift, the growing concentration of power in a few large mega-corporations?

Our initiative is a small initiative which shows an alternative to the existing system, which aims to establish a second column of publicly owned seeds, in coexistence with private seed sector. I hope that over time that this column will grow and be a real alternative for farmers and ultimately, also consumers. To have a choice about what you grow, and what you eat. If you go on observing the market concentration, you are getting more and more dependent on what is dictated by the private sector.

Of course, in the first step, OSS has mainly a political impact. We are not yet in a position to say we have a fully fledged public domain on seeds. There is not yet a real choice – this choice may develop, but at present we are just starting, and showing this as a mutual alternative to the existing system.

How do you plan to expand the number of open-source seeds? What is your strategy going forward to engage those working in all facets of the agriculture sector?

We are now in the first stage of putting the idea into practice. This includes working together with plant breeders, regulating seed transfers from plant breeders to seed producers, and from producers to traders while ensuring that the chain of contracts is not violated. These are practical and legal questions, not so difficult to answer, but it has to be done.

Our big challenge will be to extend the idea. But it will be an important task to get breeders to provide newly developed varieties to our initiative – and we hope that this will grow the number of open source licensed varieties, satisfactorily.

Lastly, we need people to help us spread the idea. As we are a nonprofit organization, we are happy to receive donations, and as far as the breeding community is concerned – we are interested in requests from plant breeders to license their newly developed breeds. Our license is under German law, but it is valid in most countries.