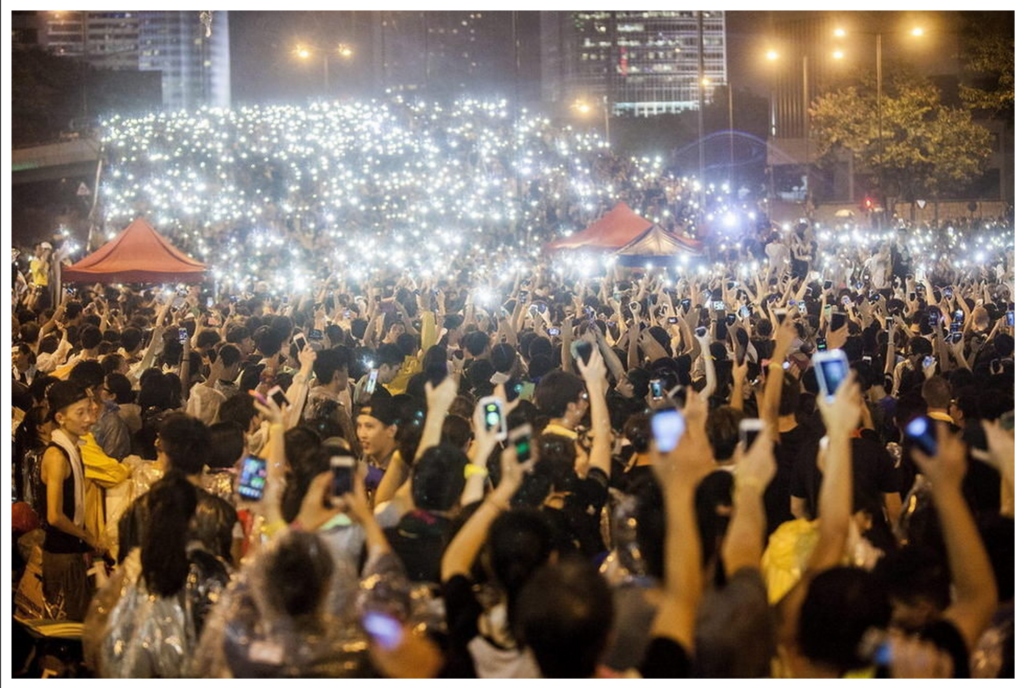 The Umbrella Revolution that is still going on in Hong Kong has gained widespread attention for its use of social media to organize the protests, the clearest example being the chatroom app Firechat. Firechat allows users to turn their smartphone into a node that transmits data, either by WiFi or Bluetooth, to other phones within a short range. It's kind of like a walkie talkie when it's one-to-one, but if you get enough smartphones together in a small area, then you can create a peer-to-peer meshnet that's independent of mobile and Internet networks that can be surveilled or shut down by governments.

Comparing Hong Kong to other protests, you can see the difference in organization, which is due in part to the use of this mesh networking app, which combines some of the best communication tools from previous uprisings. The Arab Spring was fueled by Twitter. The occupation of Gezi Park, after having the Internet censored, started using VPNs or Virtual Private Networks to communicate with the outside world. The riots in London were mainly organised using one-to-many Blackberry BBM messages that were untraceable by police and allowed networks of people to instantly message all their contacts at once. Firechat has all of these features and more. Here's an example of how it's being used: 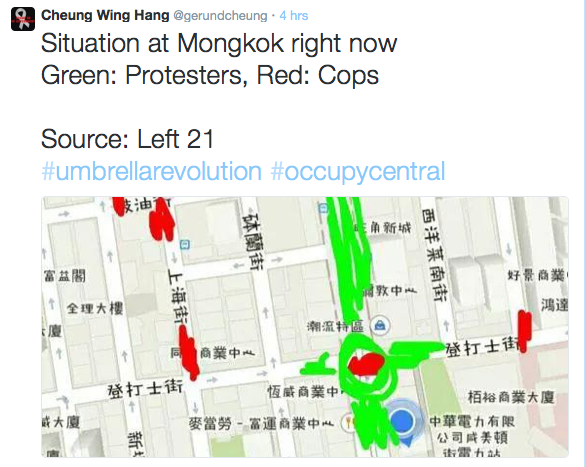 The protestors are able to outmaneuver the police because they are better informed of their movements than the police. In one scenario, the police in the middle were cornered and had to retreat. You would think that such a tool would quickly be banned since the Great Firewall of China is one of the most heavily monitored Internets in the world, but Firechat (and other such apps) cannot be shut down by authorities because it doesn't need mobile networks or the Internet to operate; it's peer-to-peer communication. 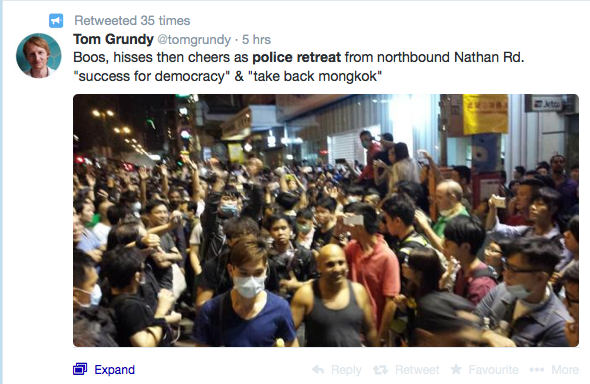 Using Firechat is like having a giant virtual megaphone, you can broadcast a message across the network like "bring water here" and tell them exactly where you are. Or tell people where to build barricades. You can also plan an escape route for people in case the police start shooting at the protestors. 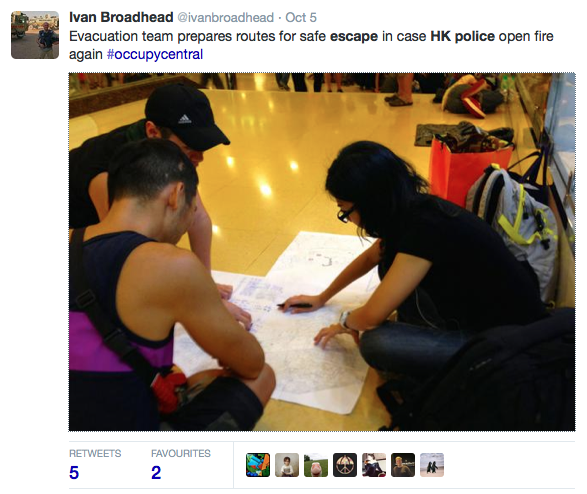 There is also a dependence on the Internet to get messages and images to the outside world, in which they are using WhatsApp. Some of the protestors are connected to mobile Internet, which can be tracked, but it's impossible to know the amount of people that are using "offline" apps like Firechat.

Aside from Firechat, another defining facet of the Hong Kong protests is the theme music penned for the occasion: