Co-ops are Big: Charles Gould on the Int'l Year of the Co-op - Shareable
Skip to content 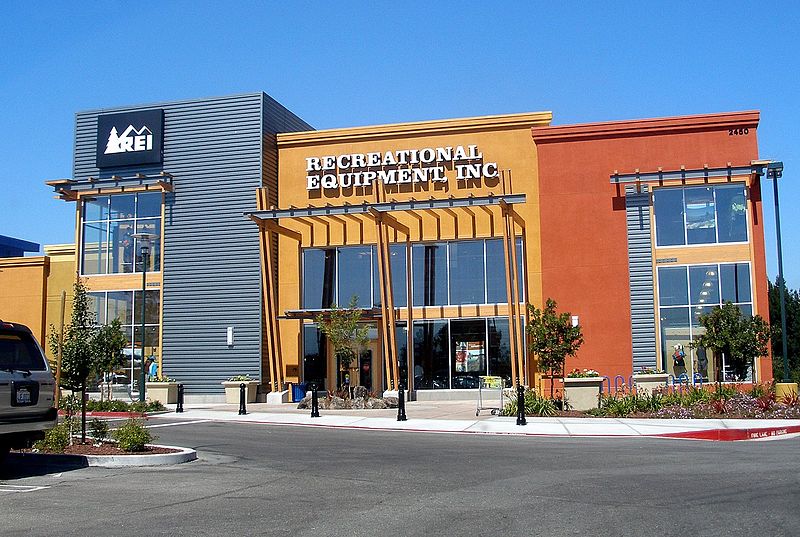  Think you know what big business looks like? Think again. According to Charles Gould, Director-General of the International Cooperative Alliance, cooperatives are poised to be the fastest growing business model by 2020.

Values-based, community-supported and member-controlled, modern cooperatives have grown steadily since their inception in the late 1800s. Today, the top 300 cooperatives, or Global 300, generate as much revenue as the world’s ninth largest economy, or the economy of Spain. Meanwhile, new research shows that cooperatives worldwide have three times as many members as traditional businesses have shareholders — and provide 20% more jobs.

The United Nations has recognized 2012 as the International Year of the Cooperative. The honor is due in part to the efforts of International Cooperative Association (ICA), a multinational advocacy and development group that represents cooperatives in all parts of the world.

In honor of the International Year, the ICA has embarked on a massive campaign designed to raise awareness of cooperatives and promote their development around the world. That includes the formation of the Global Development Cooperative: a $50 million fund that will finance cooperative development in rural areas.

I spoke with Charles Gould about the Global 300, the International Year and how the average person can get involved. 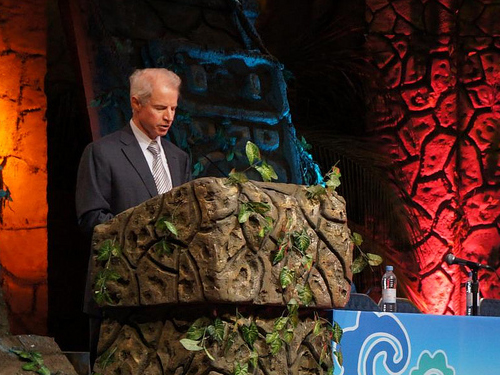 It is. That was developed in 2005, I think. So that predated me, but the idea was really inspired. It was that — a lot of people know cooperatives, or think they do, but they really know something about them that's true but not complete. They tend to believe too often that these are great community models, but that they're not scalable; that they really can't operate beyond a local community; that they don't have that potential.

We wanted to get the message out that the cooperative is a serious business model, that they're scalable — some of them are huge — and employ tens of thousands of people, and they're effective.

We felt that we had to feature some of the largest cooperatives in the world to get that message out. And that's the purpose of the Global 300. It shows that really, these 300 cooperatives have aggregated revenue of $1.6 trillion, which is huge. It'd be the size of one of the top ten economies in the world. And that's just the 300.

What are some of the bigger names in the Global 300?

Well, there's actually some surprises. There are large ones that people don't know are cooperatives, like Land O'Lakes in the United States, and Ocean Spray, and some of the household names. You tell people in the U.S. "That's a cooperative," they say, "What?" They have no idea.

And some of the banks, like Crédit Cooperative in France. A large fertilizer company in India, IFFCO, which was actually started, oh, 50 years ago, in part by support from a U.S. cooperative. There's a great representation around the world, and in most sectors, of these larger cooperatives. 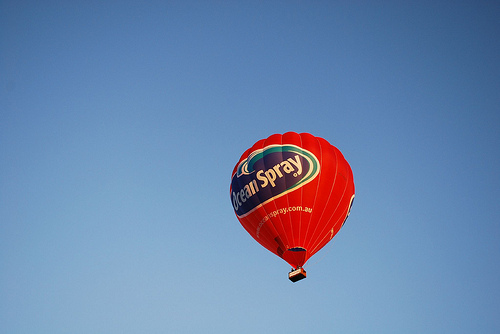  Why do you think people aren't generally aware that Land O'Lakes and Ocean Spray are cooperatives?

So people know them, they know the brand, but they don't associate it as a cooperative. And eventually, the cooperatives don't see the need to raise that, as they already have the market share that they would like.

Look at The Co-operative Group, for example, in the U.K. Now, the fact that "cooperative" is part of their name, that makes it easy for them to lead with the values. But it didn't have to be part of their name, and they had mixed branding and names before they consolidated. They're very clear that they're all about values, about members setting policy. And they're building market share as a result of that, at a time when their competitors are losing market share. At the same time, they have very strong financial supporters.

I think that's the best way to do it. I think we're at a time, especially now, when the public wants to be part of organizations like that. I would encourage the Ocean Sprays, the Land O'Lakes to lead with their cooperative identities. I think they'll find that it will resonate, especially in this time. 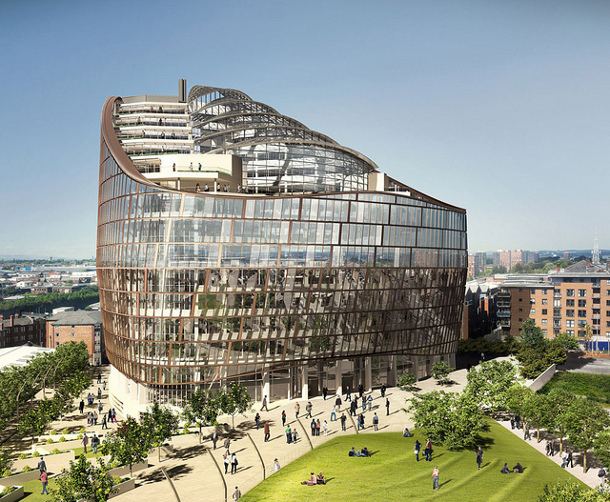 Why is 2012 the right time to shine a spotlight on cooperatives?

It's actually fortuitous that 2012 is the International Year. What we didn't fully appreciate when we advocated for the year, although we had a bit of a sense, was how receptive the environment was going to be to the cooperative message.

Everywhere I go, I hear people and I see people who are disconnected from the dominant economic and social models that control their lives. I think you see this in the Occupy Wall Street / Occupy London / Occupy Everywhere movement, this idea that — this isn't working for us. And it's not isolated. It's very widely felt.

We believe at the ICA that we're in a moment now of history that is comparable to the time in history when ICA was founded in 1895, and at the turn of the century — the early 1900s — when the cooperative movement saw such growth. When the labor movement saw growth. When there was a recognition and a response to the Industrial Revolution that said, "This isn't working for many people. We need another way of doing business."

We believe we're back again to those kinds of conditions, and that now is the time that our message is so important. Because a cooperative is a solution to many of these problems. We want to show that it's a solution. 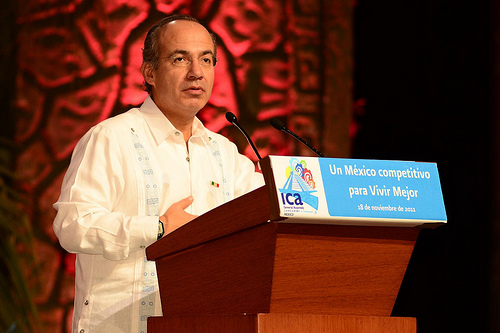 I thought it was interesting that the 2011 ICA General Assembly was held in Mexico, and that Felipe Calderón made such supportive remarks.

Well, I was excited to hear that President Calderón knows so much about cooperatives, and that he understands what an important part of [Mexico's] economy they are.

We are as supportive as can be of political leaders, government leaders who "get" cooperatives. We want to support, we want to lift them up.

They'll be hosting the G20 this year in Mexico. We want to build on the opportunity we had to meet with him and with the leadership in Mexico when we were in Cancun — to help us get the message beyond Mexico, where he understands that cooperatives are an important part of the economy and need to be an important part of the solution going forward. We want him to help us to get that message out to other countries as well.

What are some things that the average American can do to support cooperatives? Aside from credit unions, which have a high rate of membership, are there places we can shop or ways we can affect policy?

Well, I think you did hit two of the most important ones. I know the credit union has seen great growth in the U.S., and that's exciting. I know some of that is a reaction against the banks and the reputation they've — I think deservedly — earned here in recent years. And that has made people willing to look at other options and to learn more about credit unions, and when they've looked they've liked it.

And then your point about where you shop — now, so many people complain about this system. Well, they can make choices almost every day in terms of where they shop. They need to be knowledgeable on the options they have. [Note: try this online tool to find a co-op near you.]

Those are two of the issues. But there are cooperatives in every sector. And they can put their business there. One way is of course to do business with cooperatives, and the other is to join cooperatives. To be a member, to engage, to participate in governance — that is what makes the cooperative different, is the governance system.

If members only join and they don't really engage, then you have a different economic model, but not really a different social model. It requires the member engagement to really drive the policies in a direction that creates the kind of society you want to live in.

There is in the U.S. a sort of apex organization, an umbrella association of cooperatives, and that is the National Cooperative Business Association. They are the primary association for cooperatives in the U.S. They have a lobbying platform, a public policy platform. They advance cooperative interests. Cooperators in the U.S. can check out their website and see what the specific points are on various issues.

What are the ICA’s 3 main messages for people interested in the cooperative movement?

The second is that it's values based. We're not all about maximizing profit. If your sole purpose is returning capital, then the cooperative is not the right model for you. But it's a mistake for that to be your sole purpose. A cooperative is a values based model that cares about the community, cares about the environment, cares about access to services, and is a self-help model. It's not a non-profit model, it's a business model. It's about making a living. But it's about making a living in a very responsible and accountable way.

The third is that the members who own the cooperative control it. We believe that's a powerful message at a time when people feel, as I said, so disconnected from these dominant models that control their lives. This is a powerful message: that you have a voice. Join a cooperative, engage in the politics of it, engage in the governance of it, and you have a voice there. We think that's also a model that is appealing to younger people, and that's an audience that we would like to reach in this International Year, so that they see that there are a variety of ways for them to start a business. For them to shape their community. For them to live out and advance the values that they're concerned about.

In preparation for the Cooperative Decade, this fall's International Summit of Cooperatives in Quebec will unveil several new studies that will reveal cooperative business' standing in the world, current trends and an outlook for the future.

Keep up to date on the International Year at its official site: 2012.coop.  Want more inspiration? This video might just bring a happy tear to your eye.