Can we build non-sexist and non-racist cities? - Shareable
Skip to content 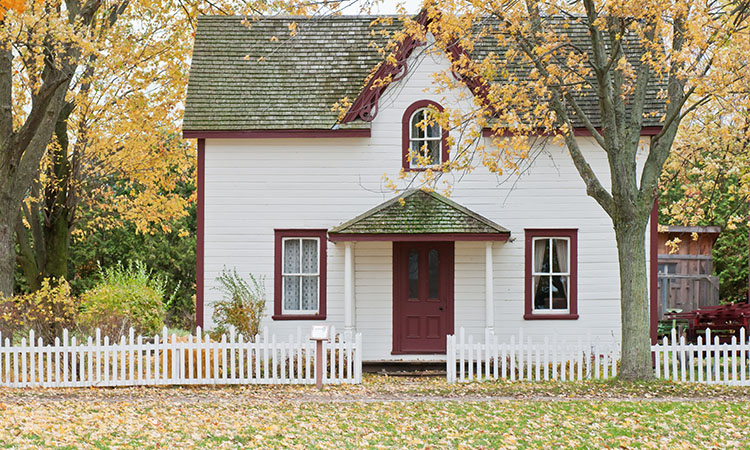 Can we redesign American cities to foster connection and a sense of community instead of prioritizing isolated, atomic family units?

That’s an especially urgent question as demographics shift. Single-individual households now make up 28 percent of all households, a dramatic increase since 1965, when they were 15 percent. At the same time, loneliness is on the rise.

It’s also a question that was asked almost 40 years ago when urban historian Dolores Hayden wrote “What Would a Non-Sexist City Be Like?” an essay that resonated through social science and urban design communities and has experienced a resurgence of interest in recent years. In introducing the concept of the non-sexist city, she exposed how architectural design, capitalism and urban planning over centuries had isolated women physically, socially and economically.

“‘A woman’s place is in the home’ has been one of the most important principles of architectural design and urban planning in the United States for the last century,” she wrote in her essay. Since then, other academics have taken her critique farther, pointing to how urban design has also divided minorities and kept other communities disconnected. These concerns are more pressing for disadvantaged communities today. African Americans, for example, are more likely than any other ethnic group to live alone, putting people in those households more at risk for loneliness and feeling socially isolated.

Hayden “brought critical awareness to the design of cities and a new lens with which to see the built environment as an extension of western societies’ systems of oppression,” says Drea Howenstein, a professor of art education and architectural design at the School of the Art Institute of Chicago. That oppression in the built environment is not impossible to counteract, some experts say, but it requires civic engagement and in some cases a revolution.

In her book “The Grand Domestic Revolution,” Hayden introduced her readers to the material feminists — whose leaders included Melusina Fay Peirce, Mary Livermore and Charlotte Perkins Gilman. For six decades, between the end of the Civil War and start of the Great Depression, these feminists redefined the idea of what home meant for them and their families by pushing back against the domestic servitude that they deemed isolated women. They championed for architects and urban planners to reconsider the impact of their developments on family life. They even proposed what “the ideal, feminist” city would look like, creating new neighborhood designs and building developments that had shared day care centers, public kitchens and community dining clubs.

Take Melusina Fay Peirce. She organized women to fight for paid housework, and in her campaign, she developed the ideas behind “cooperative housekeeping,” in which women would create cooperative associations that would charge their husbands retail prices for their services — ranging from cooking to sewing. She even envisioned a broader plan for cooperative residential neighborhoods that had kitchenless houses and a centralized headquarters for cooperative housekeeping. “Material feminists dared to imagine women’s economic independence from men and to plan for the complete environmental and technological changes such independence implied,” wrote Hayden.

Hayden’s work came at a time when women were entering the workforce in droves. In her essay on the non-sexist city, she herself envisioned an urban and suburban plan that centered on supporting the activities of employed women and their families. “It is essential to recognize such needs in order to begin both the rehabilitation of the existing housing stock and the construction of new housing,” Hayden wrote.

Could a non-sexist city also be a non-racist city?

Hayden has spurred community activists, educators and researchers to focus on creating urban spaces that foster community and equity for all. But that’s still a challenge, especially for communities of color that have had to navigate redlining policies that barred them from accessing mortgage lending, racially restrictive covenants preventing them from purchasing homes in white communities, and other legacies of segregation.

“When we go back in time, the 1950s and prior, this is when we threw freeways through neighborhoods,” says Dan Pitera, executive director of the Detroit Collaborative Design Center (DCDC) at the University of Detroit Mercy School of Architecture. “Redlining and other racist policies were in place to create the situation we have now,” he added. “And we live in a capitalistic society — and equity doesn’t exist in capitalism.”

Unlike Europe — including Denmark, Sweden and the Netherlands — the U.S. has been slow to move toward alternative housing options like co-housing, a concept that allows a collective sharing of services like common kitchens, dining rooms, laundry services and day care.

In the U.S., “we have barely cracked the surface,” says Lori Brown, professor of architecture at Syracuse University. Brown, who’s also co-founder of ArchiteXX — a nonprofit focused on gender equity in architecture, notes that there are a few examples of communities adopting co-housing.

“But we need to fund more of that, and it will require a different kind of socializing on how we think about domestic space,” she says. “Unless you’re living in a community supportive of your demographics, it’s so easy to become physically isolated and lonely in life.”

Co-housing and other community alternatives

Brown notes that living in isolation can weigh on a person’s mental health and overall wellbeing, whereas co-housing can forge common bonds. Residents in Denmark’s first co-housing community, built in 1972, described Saettedammen, where 71 people live, as an “extended family.”

One of the first steps Hayes envisioned for those groups was organizing to persuade cities to allow them to modify zoning laws so they could open up their backyards. Such change requires civic engagement, says Pitera: “Civic engagement is set of systems that are put in place that will remain way beyond the project.”

The DCDC has worked to build civic engagement since its inception in 1994, including in its partnership with the Detroit-based nonprofit Young Nation on The Alley Project (TAP). TAP is a community-driven project that has transformed a southwest Detroit neighborhood alley into a graffiti art center.

DCDC worked with Young Nation, the youth and the residents in the neighborhood to turn the alley into a walking gallery with the garages serving as the canvases. Two vacant lots were transformed into art displays with space for families to gather and play. A main garage was redesigned into an art studio for the youth to explore their creativity in other art mediums.

Experts say it’s critical to have an inclusive urban and housing design framework that brings people together. It won’t be easy to build, but a non-sexist and non-racist city would foster equality and an accountability to one’s neighbors while creating an environment with shared resources, diverse perspectives, and public spaces built for sustainability.