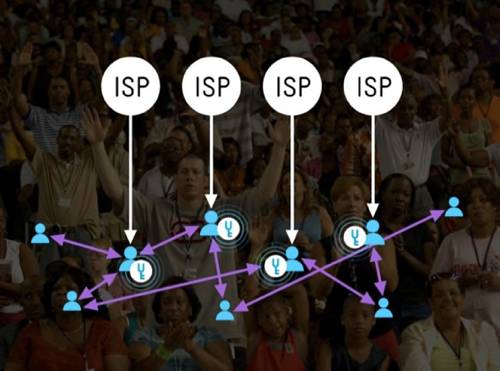 Few of us could imagine life without Internet access. Accessing the Internet for information, entertainment, and functions like banking are now well integrated in Americans’ daily lives. In March, the Pew Internet & American Life Project released results from a February 2012 survey indicating that 46% of Americans over 18 years own a smartphone, a 31% increase in less than 12 months. However, almost one-third of Americans do not subscribe to high-speed Internet services at home, which is now the primary metric used to segment the digital divide. This translates to a projected opportunity cost of .3% to 4.2% of GDP.

Disparities in adoption rates are clear across race, educational attainment, age, and disability status. However, regression analysis among “like” populations shows that when researchers control for income, differences in high-speed Internet adoption shrink.

The power of the Internet to empower civic engagement, social development and economic mobility is well-documented. Recently, the United Nations recognized high-speed broadband as the critical tool for global engagement in the 21st century. Why broadband? Simply put, the speed of the connection impacts the amount of interaction and utility for the end-user. 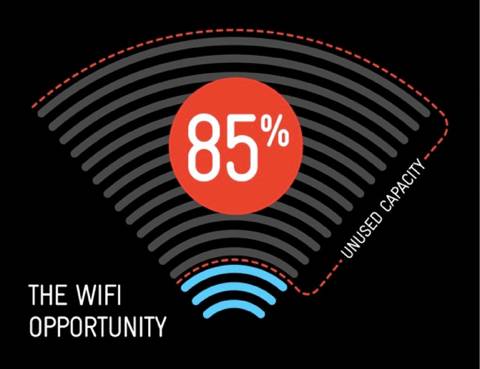 Dial-up speeds are no longer relevant for participating in the information economy. Emerging applications such as telemedicine, virtual learning, and environmental monitoring exemplify avenues to achieving development goals such as improved health outcomes, universal primary education, and environmental sustainability. To support the Millenium Development Goals, the Broadband Commission for Digital Development issued a Broadband Challenge in 2011, which, among other proposals, called upon every nation to adopt universal broadband plan by 2015.

However, even knowing the economic benefits of investing in broadband, the cost of doing so is a significant barrier to implementation. We’ve seen enough examples of the how market forces create binary access based on income and geography to know that until we re-frame the provision of Internet access, digital exclusion will persist.

Sharing access is the Internet, re-imagined. Wireless broadband, or wi-fi, has great potential as a shareable resource — it’s not constrained by physical limitations (other than signal strength) and there’s bandwidth enough to accommodate multiple users. There’s no need to operate within siloed ownership structures, where a 1:1 service per user ratio is highly inefficient.

Sharing addresses the issue of cost by distributing the expense over more users; one model that that appears to be economically sustainable is a rental system. In this model, hosts of wifi hotspots can recoup a portion of their costs for providing service, whereas renters can manage their expenses, paying less they would for a service contract. In the U.S., the threshold of affordability for the lowest earning households, with incomes less than $20,000 per year, was found to be around $10/month; the national average monthly fee for broadband service is actually closer to $40. This affordability gap could be narrowed through collaborative consumption. 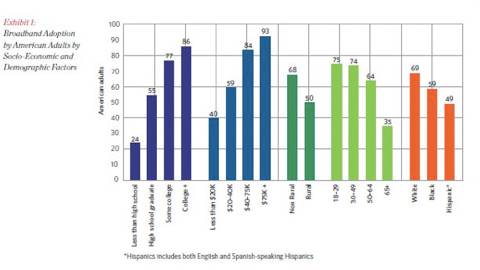 Expense notwithstanding, 68% of U.S. households subscribe to high-speed broadband services. In addition, networks for private businesses, free public access areas and quasi-public hotspots like Internet cafes, make wifi available everywhere. Unfortunately, the evolution of communications technology and the provision of those services has created a walled-garden effect, where wifi hotspots are locked from use by privileged few. We’re literally walking around awash in wif, with nowhere to connect.

And wifi bandwidth is plentiful. Based on three metrics: actual time in use, downstream/upstream speeds, and amount of data transferred in gigabytes (GB), the average user is estimated to use only about 15% of the bandwidth available monthly to him or her on a broadband service contract.

Imagine this very real scenario: a private home’s wifi hotspot is unused during the hours that inhabitants are away, working at the office, or sleeping. The average percentage of time where a home wifi connection is in use is well under 50%. A neighbor on an opposite schedule or a passerby could take advantage of that unused bandwidth. Additionally, an example of broadband capacity is this: the average high-speed Internet connection can support four people simultaneously streaming standard-quality videos or 40 people reading and writing emails without compromising speed or quality of service.

Another consideration of sharing wifi is the actual data consumed, in gigabytes (GB). The industry standard in the U.S. is about 250 GBs per month, per account, while the average consumption is closer to 18 GB per month. Based on the data, it appears that there is plenty of capacity to support additional users and additional usage by existing participants by sharing. 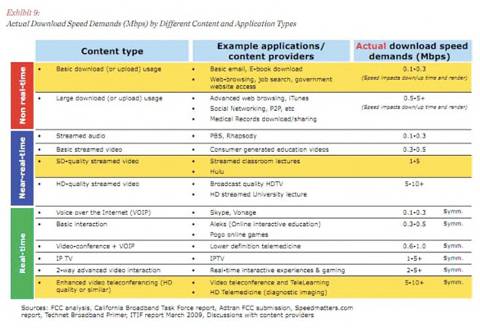 At the same time, a fortunate confluence of technology has taken place to enable secure wifi sharing. The most prevalent wireless security protocol, Wi-Fi Protected Access 2 Enterprise (WPA2-Enterprise), offers privacy (no hacking) and security by facilitating bandwidth partitioning. Also, the Wireless Broadband Alliance and the Wi-Fi Alliance are currently partnering on the Hotspot 2.0 initiative that aims to create seamless connectivity between mobile devices and wifi. Offloading data from cellular to wifi networks has happened since 2009, when global mobile data traffic began to balloon over 130% year-over-year. Both service providers and consumers offload data-intensive activities to wifi networks, but the Hotspot 2.0 initiative indicates the anticipation of our digital future, defined by ubiquitous Internet access.

Finally, the natural characteristics of sharing networks — self-organizing, self-maintaining, and self-perpetuating — are well-suited for sharing this valuable resource. The characteristics support scalability, replication, and efficiency, so it possible to launch (and connect) anywhere in the world. And building a mesh network creates redundancy to ensure choice and resiliency.

Wifi sharing presents an opportunity to achieve digital equality. By participating in a wifi sharing network, you will actually be promoting health, prosperity, and peace. You will be empowering yourself and your community. You’ll enjoy real and quantifiable benefits. It’s time to move into the next phase of the new economy, where the phrase “inclusivity” is truly meaningful.

Shelby Ahern is the Digital Strategist at KeyWifi, the world’s first web-based, peer-to-peer internet access platform, allowing individuals to safely rent out their Wifi, opening up previously unavailable hotspots and

Shelby Ahern is the Digital Strategist at KeyWifi, the world’s first web-based, peer-to-peer internet access platform, allowing individuals to safely rent out their Wifi, opening up previously unavailable hotspots and turning the world into a potential “Wifi zone.”