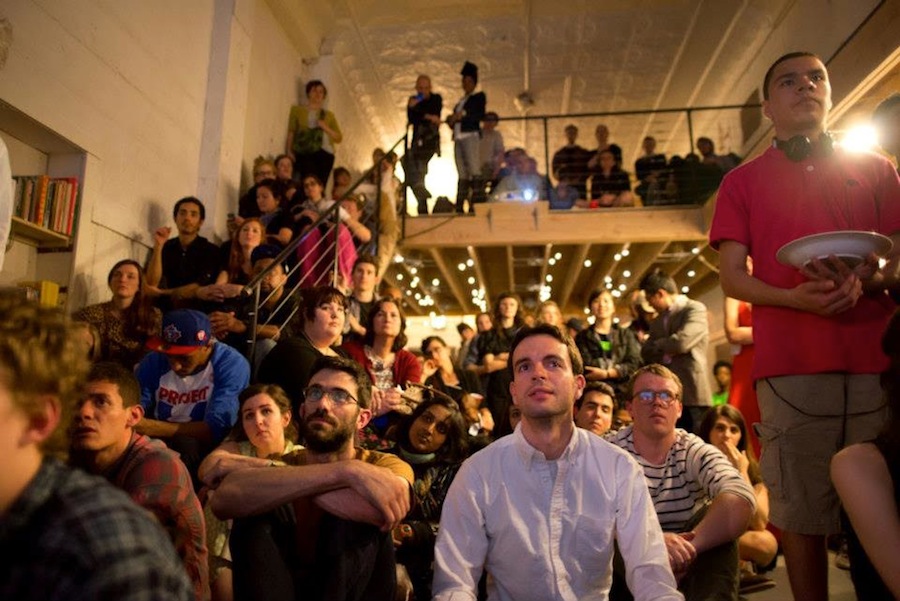 Make Shift Boston hosts a variety of community events such as this Feast Mass, part of the Sunday Soup community arts funding movement.

In 2008, Boston-based user experience designer Benji Mauer was feeling the isolation of working from home. He and his friend Benjamin Spear decided to rent an office together, but they couldn’t find one small enough. Rather than give up, they decided to get a few more people onboard and rent a larger one. They found an old industrial space with “a lot of character.” They opened the doors and started working there two months later. They called it Ad Hoc Boston. It was the precursor to Make Shift Boston, a coworking space run by a member collective of 10-15 people with a strong focus on creativity and social justice.

Initially, the space was just shared office space, with the handful of people working there making decisions about the space needed. After two years, the roughness of the building was "getting old"; the ceiling was falling in and there was brick dust everywhere. The officemates found a new location nearby, but conflict about the direction of the space emerged. Some in the core group were focused on entrepreneurial ventures while others, including Mauer, were more interested in working on social justice projects. The group eventually disbanded and the social justice crew created Make Shift Boston. 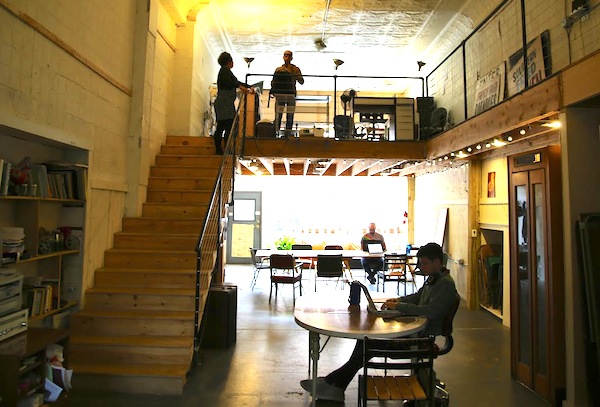 “We really care about who we share space with,” says Mauer. “The culture we have right now is pretty precious and awesome.”

To become a member of Make Shift Boston you have to be admitted by full consensus of the current members through an application, an interview process, and a free trial month. Once admitted, members join one of the various committees, have full decision-making power in the space, and can host events and “do a lot of other cool stuff.” For Mauer, this is what coworking is all about.

“The spirit of coworking, to me,” he says, “is people who want to work with other folks in a coworking-style situation—coming together, of their own volition, to make a space that is their own and supports the work they want to do in the world.” 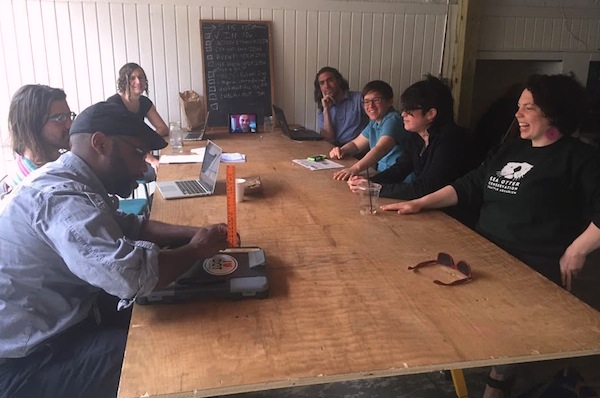 At Make Shift Boston, members all have a say in management of the space and financial issues. It’s a consensus-based organization that everyone has an equal financial stake in. At this point, Make Shift Boston is financially flush, and they “don’t need to be a whole lot more than flush” to continue.

“Once you take the profit motive out of it and [are focused] on creating a space that works for the members and works for the community, that isn’t really needing to scale in any way to fill anyone else’s pockets,” says Mauer, “what you end up having this really dynamic space that is at this equilibrium and isn’t extracting anything from anybody who’s involved with it.”

In addition to being a coworking space for members, Make Shift Boston is a lively community hub for artists, performers, organizations, and groups. It’s an alternative, neighborhood space where people can connect, gather, celebrate, and work.

“Boston’s a really expensive city,” says Mauer, “and there aren’t a lot of third spaces—spaces that fit in-between stores and coffee shops, and home. Make Shift Boston, in a lot of ways, exemplifies that, because it’s so affordable as a rental space and because we have such an amazing network of people that come through it either for work or for events.”

He adds that people see Make Shift Boston as an option for making something happen that they couldn’t do in their house because they don’t have enough room. Because of the members’ radical values, the space is a better fit for some community projects than public spaces, such as public libraries, which may have issues around political content.

The biggest challenge in collectively running Make Shift Boston is that the members are busy and don’t have as much time as they might like to put into the space. This means that sometimes things are left undone. But, where consensus decision-making can sometimes devolve into lengthy discussions the members of Make Shift Boston have a good track record for working together to make decisions.

“Consensus decision-making with 13 or 14 other people doesn’t always go well,” says Mauer with a laugh. “But, incredibly, so far, it’s been totally amazing… Even if there is disagreement, “there’s not some guy in an office over there who’s going to say, ‘We’re going to do it like this and there’s nothing you can do about it.’”

For those thinking about creating a similar space, Mauer says, go for it.

“I hope that more people who feel dissatisfied with the coworking options in their area consider starting their own space in this way because it wasn’t really that hard,” he says. “Say rent is $3000, you divide it between 15 people. Don’t sweat it. Then, once you’re in it, you’ve got this cool space and you get to do all this amazing shit with it that you might not be able to do in a space you don’t own.”