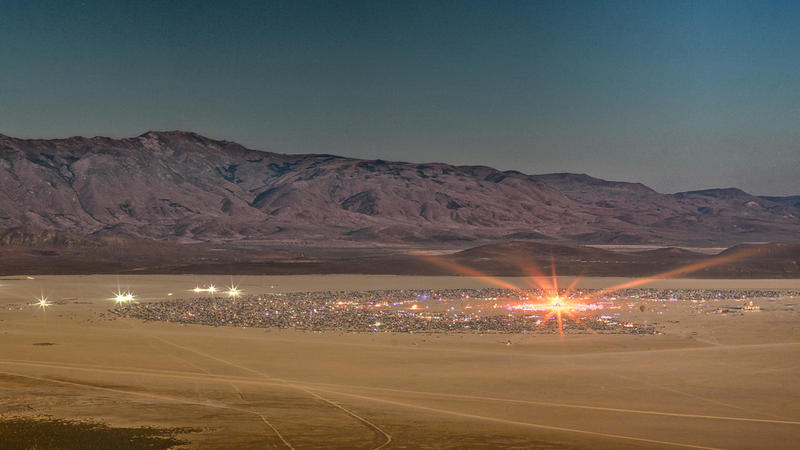 Every August for one week, the Burning Man festival takes place in a temporary city of its own creation, called Black Rock City after Nevada’s Black Rock Desert where it is located. This year, Black Rock City’s population will be 60,000 — bigger than Carson City, the state capital of Nevada.

Our real-world cities, meanwhile, are struggling to provide the services citizens need, limited by declining tax income, record debt, and increasingly complex social issues. Cities have no choice but find ways to do more with less. Many seek to harness the creative energies of citizens to fill the gaps, asking them to take a more active role in governance, service provision, and even in creating new services.

It’s easy to write off Burning Man as a hippie love fest in the desert. It has its own problems like any city, but that's selling it short, especially in one regard – its remarkable ability to foster participation. The event — which for 26 years has expected participants to practice sharing, gifting, and radical self-reliance — is an effective proving ground for experiments in community self-organization. In fact, participants build most of the city without any direct oversight from organizers.

Given that cities need its citizens more than ever, can the lessons of Burning Man’s Black Rock City, which pushes citizen participation to the limit, be applied to modern cities? Of course they can. Here are a few ways you can support participation, sharing and community in your own town. 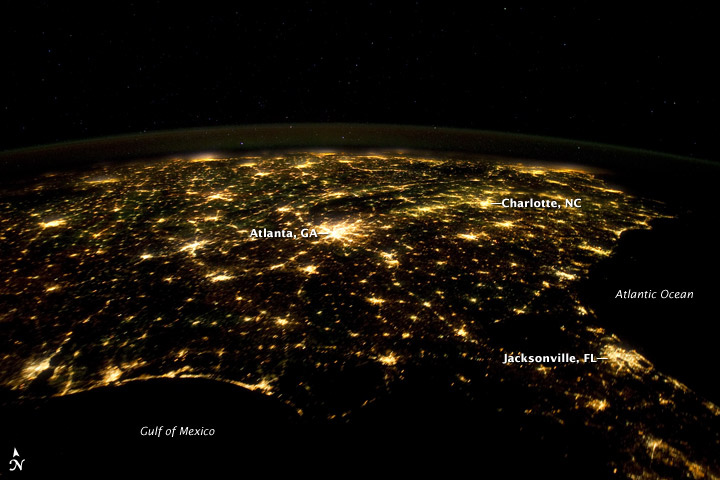 The Southeastern U.S. as viewed from the International Space Station

First, Adopt the Right Mindset: There are No Spectators

Michel Bauwens, the founder of the Peer to Peer Foundation, believes that the proper role of government in our emerging networked society is that of partner in social production. This means that in a myriad ways government helps citizens help themselves. This turns the existing model of government as a top-down service provider on its head. Instead, government works in a bottom up fashion to empower citizens to provide for themselves.

Burning Man does exactly this. It fosters a culture of participation through its Ten Principles and provide basic infrastructure such as roads, sanitation, and safety, which, by the way, rely heavily on volunteer labor. Participants fill in the blanks beautifully with a seemingly unlimited number of options for care, connection, artistic expression, education, sustenance, and fun. At Burning Man, there are no spectators. Likewise, we increasingly need cities where every citizen is intimately involved in creating their city on a day to day basis. 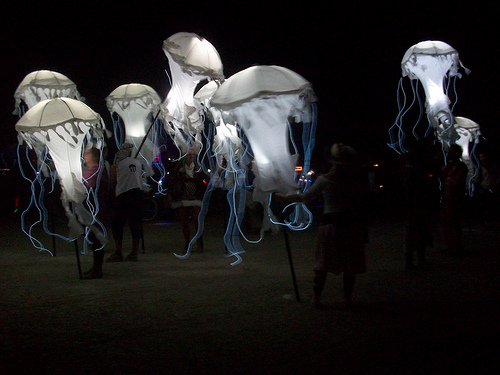 Almost none of the hundreds of art projects exhibited at Burning Man are fully funded by the festival. Many of them are crowdfunded through Kickstarter or Indiegogo. This requires active community participation, and it also organically vets projects ensuring that the best ideas are likely to be funded.

The city of Vallejo, California is taking this idea for a spin, testing out participatory budgeting for 30 percent of its funds. Community members decide which projects to fund, and must work together to get the funding approved.

"If you live in northern Vallejo and you want a bus shelter, then you know what, you've got to partner with people in other parts of the city who want bus shelters too," Councilmember Marti Brown told The Atlantic Cities. "People are going to have to learn how to think like that. It encourages people to work with groups they've never worked with before."

Build Your Own Bank

Burning Man famously bans all exchange of money, recommending that people share and “gift” their resources within the community. That’s not likely to happen in the rest of the world very soon — but with the recession, the housing boom-and-bust and the financial crisis all tightly linked to the banking industry, an ever-growing number of people are ditching their Wall Street banks for citizen owned banks like credit unions and public banks. A new report suggests that a public banking could reverse the effects of recent consolidation, bolster the treasuries of government banks, and put financial controls back in the hands of the people.

Though common in Germany and elsewhere, The Bank of North Dakota is currently the only state-run bank in the United States, and it’s been hailed as an “economic miracle.” Could each city or county set up a local bank to create its own community miracle? It certainly could. 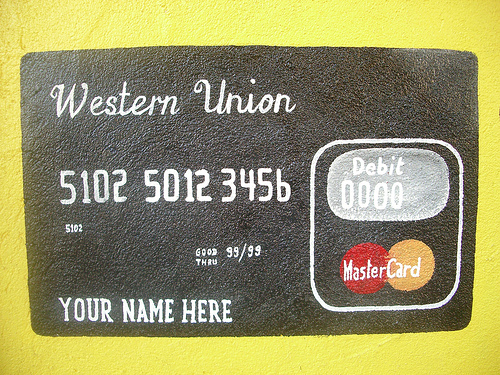 There’s another way to share your money and your values with your community: Join a local cooperative and encourage your city government to support the growth of the cooperative sector. Coops are owned and controlled by either workers or customers. They are more democratic, community-minded, and more stable job creators than most private businesses.

Did you know that 120 million Americans belong to at least one cooperative? That 25 percent of the nation’s electric grid is cooperatively owned? 2012 is the International Year of Cooperatives, and this proven, fast-growing business model is offers many advantages over conventional, tightly controlled private businesses.

Worker-owned businesses like The Evergreen Cooperatives are addressing poverty and unemployment, helping money stay in the community where previous charity initiatives have failed. National coops are booming too, including chains like ACE Hardware which help mom-and-pop shops stay open.

Want to live well on a budget at Burning Man? Pool your resources with a “camp” of anywhere from five to 500 people, who share kitchens, showers, shelters and even transportation so that everyone can afford access to these necessities.

Want to live well on a budget in your city? Use the same logic: join a car-sharing program, try out a coworking space, share your lodging and, if you’re traveling, rent somebody’s empty room instead of shelling out for a hotel.

Many cities are beginning to adopt community bike programs (of which Black Rock City also has one), but beyond that, there is plenty of room to expand. City-run sharing networks could generate income while saving residents money.

Think it’s a good idea? You might need to start your own.  And encourage your city to adopt sharing-friendly policies. 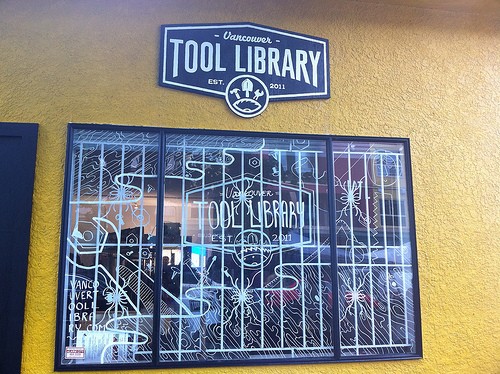 Plug In to the Resource Grid

Just a few months ago, Burning Man launched a tool called Spark. Designed to facilitate collaboration between attendees, the site allows anyone to create a free “ad” for services or resources needed or offered (on a gift basis). Today’s ads include a call for carpenters, an offer to “freeze anything” and several musicians looking for performance opportunities.

Resource sharing is complicated mostly because it can’t be done over longer distances. Sites like Craigslist, Freecycle and Taskrabbit are good places to start active collaboration on projects, and new platforms are being developed that will further facilitate getting things done without buying a bunch of supplies. One new platform-in-progress, Social Alchemy, is being developed by Burners Without Borders’ leader Carmen Mauk and hopes to be a collaborative project management tool — for example, helping relief workers in disaster areas find the equipment and labor they need to do their work more efficiently.

You might need to start your own local sharing network using a service like ShareTribe — but first, check Craigslist, Freecycle and your local tool lending library to find out what’s already going on.

Burning Man organizers lay out the roads and some infrastructure, then allow the population to build its own city. In the rest of America, we don’t have as much creative control — but many of us are exercising much less control than we could, often because of the difficulties of dealing with bureaucratic government bodies.

Do you want transparent, efficient government? Participatory budgeting? Streamlined voting? Easy access to your representatives? It’s all made more possible with technology. Code for America is a group that works with city governments, helping them transform their information infrastructure to improve citizen engagement, efficiency and transparency. Can you help your city adopt new social technologies? Yes, you can. 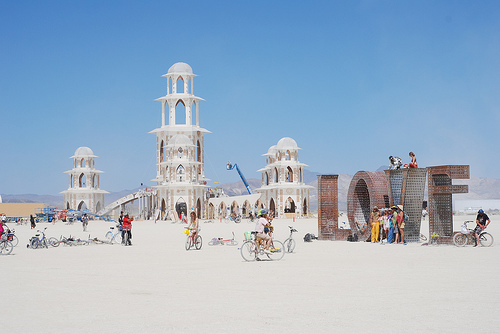 These ideas just scratch the surface. Much more can be done to make cities as participatory as Burning Man. And while the above innovations increase citizen participation, they lack one thing Burning Man offers.

Black Rock City is manifested by thousands of people in the spirit of celebration. The passion of participants is unmistakable. They are drawn into the civic drama by the drama of their own self-actualization. They experience — sometimes for the first time — what it’s like to be accepted completely in public, and so are willing to give their best to the city that invites the best in them. This is the way the city is made, and how it makes people.

The true flowering of cities may not occur until the civic is married to the celebratory. This too is within reach. 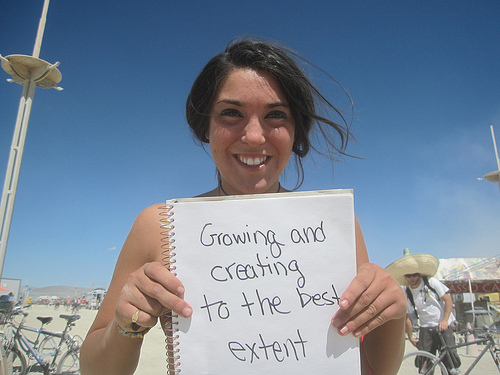 Burning Man and Shareable are tabling tonight at The Commonwealth Club’s, The Shared Economy event in San Francisco. You’re invited.

Jessica Reeder is a member of the Black Rock City Department of Public Works, and occasionally writes for the Burning Blog.