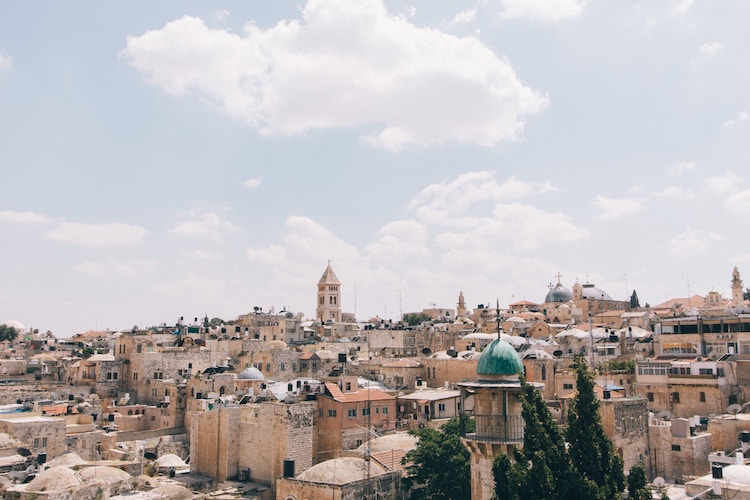 In Israel, Tel Aviv is the center of the sharing economy. The municipality is committed to making the sharing economy thrive, by encouraging the growth of organizations that promote sharing among residents.  Meanwhile, in Jerusalem, the sharing economy is born at the hyper local level — there is a sense of collectivism both within communities and between them. Here's a look at five sharing projects in Israel and the West Bank.

Gemachs are directories, which people in a community can use to search for items to borrow from one another. Gemachs are prevalent throughout the religious Jewish communities in Jerusalem. The word gemach is an acronym for gemilut chasidim (acts of loving kindness). The directories are usually on paper and list everything from wedding dresses to baby clothes. Now, in Israel, the gemach exists for everything. There are even gemachs that offer interest-free loans.

In the town of Beit Jala, Hosh Al-Yasmin is a thriving example of a true, robust sharing economy. Born in a settlement in "Area C," Hosh Al-Yasmin, a Palestinian restaurant and hotel, has become a haven for artists. Located on a beautiful and fertile farm in a valley in the West Bank, Hosh has stunning views of the region and serves some of the best home-cooked Palestinian food in the Middle East. Visitors can choose to pay to stay and eat, or work on the farm, in the restaurant, or create art for the restaurant in exchange for room and board.

After years of neglect and violence, the Clal Center has become the heartbeat of West Jerusalem's sharing economy and home to Muslala, a public arts nonprofit. The community group Muslala was started by artists, residents, and community activists of the Musrara neighborhood in Jerusalem in 2009. Muslala made the top floor of the Clal home and began using public art as a tool to unite the divided city. The Muslala website explains that "most of the activities take place outdoors in the public realm, with ripples affecting both east and west Jerusalem and beyond… The Muslala Group operates on the premise that the power of art and creativity can alter ways of thinking and the conduct of society and individuals." Thanks to Muslala, the Clal has has become home to those interested in communal activities. It runs a yoga group and features a makerspace and community pantry.

Recently, a couple of Jerusalem residents lobbied local organizations to support a book-sharing system near neighborhood parks. The organizations banded together and successfully convinced the municipality to create and maintain the stations. The stations are run very simply — there are no hard rules. People take books and share books. Reselling of the books is discouraged and largely does not happen. Although the book station usage is not tracked, the municipality estimates that a few hundred people share books each week at the stations.

Header image of Jerusalem, Israel, by Rob Bye via unsplash