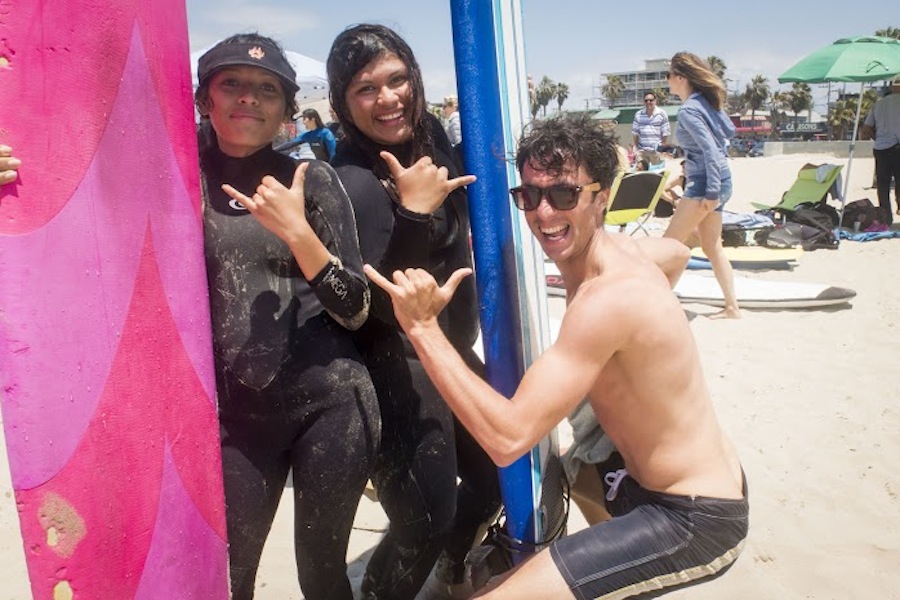 As you've probably noticed, there are sharing economy apps to help you share just about everything from lightly-worn clothes and parking spaces to surfboards and meals.

Some of these apps take the sharing spirit a step further by supporting nonprofits. Here are three of our favorites:

CARMAnation is a peer-to-peer platform that enables people with unused, private parking spaces to rent them, or offer them free of charge, to those in need of a space on an hourly, daily, weekly, or monthly basis.

The platform, which takes 15 percent of rental transaction, also has an option to offer your parking space in exchange for a donation towards a charity, in which case 100 percent of the transaction goes to the organization. According to founder Ilya Movshovich, roughly 50 percent of the time people donate their parking spot proceeds to one of the platform’s charities, which include Make a Wish, Habitat for Humanity, Guide Dogs for the Blind, Project Night Night and Raphael House.

“The charity component was of utmost importance to us,” Movshovich says. “The sharing economy focuses—or should focus—on the community, and nonprofit organizations serve a very important role in our current society, nationally, locally and globally, with one of the most important roles being improving quality of life.”

Movshovich adds that they wanted this focus on service to be incorporated into what the company stands for, which is why they named the company CARMAnation, and not just something with the word “parking” in it. One of the goals for CARMAnation is that, as the company expands into new cities, it will have in-market charities on the platform.

“We are excited to grow our charity network around the U.S.,” Movshovich explains. “Our charities are a really big part of our community and without them we couldn't have grown CARMAnation to the point we have.”

Listia is a goods exchange app that helps members trade unwanted stuff for stuff they need through credits. In addition to exchanging goods, Listia members have donated over $50,000 to charities through the platform’s Charity program, where members donate Listia Credits to one of Listia’s monthly charities. When members donate their Credits, Listia matches them with real money donated on a monthly basis. Over 10,000 people have participated in Listia’s Charity program.

The app was started to help people benefit from sharing used goods and to support nonprofits.

“Early on, we realized that one thing people were doing with their unused goods was donating it to places like the Salvation Army,” says Listia co-founder and CEO Gee Chuang. “However, those places often decline accepting many things, so we wanted to make sure Listia was a great alternative to donating items in the traditional way, and make sure a nonprofit could benefit from those items.”

Chuang explains that the program helps people who simply want to get rid of things they don't need, but at the same time want to give that value to a great cause instead of getting it themselves. He says the program has been received “incredibly well” by users.

“Our members are able to connect not only with others in our community this way,” he says, “but with causes around the world.”

StokeShare is an app that facilitates peer-to-peer rental of action sports equipment using Near Me's marketplace technology. A key focus of the business is the StokeShare Youth Adventure Program where they work with inner-city schools to take kids surfing, snowboarding and skateboarding, giving them outdoor adventure experiences and spreading the message about environmental sustainability.

By connecting young people that would typically not have access to the outdoors to go camping, surfing, kayaking, diving, skiing and snowboarding, StokeShare aims to share the feeling of being stoked and spread awareness about environmental issues.

“We have a strong belief that people protect what they love, love what they know and know what they experience,” explains co-founder Warren Neilson. “With that in mind, we wanted StokeShare to be a platform to help people access and experience the outdoors. The hope is that their experience will lead to a greater understanding and respect for the outdoors resulting in the next generation protecting the environment more than past generations have.”

Inspired by mission-driven brands like Patagonia and Toms, StokeShare was created from the outset to have a strong, positive impact on the environment. Still in beta, the platform is growing organically. It already has over 500 pieces of equipment for rent in 10 states and four countries. There are now over 250 users and 100-plus rentals since mid-May.

By partnering with organizations, including Surfrider, the LAPD, Toms, Patagonia, and Stoked.org, as well as tapping into the user community to get gear for the youth events, StokeShare is building a platform that benefits people and the planet.

“There are many value propositions we can identify on both sides of an action sports sharing economy marketplace,” says Cesare. “That's the spark. Combining this community of adventurers with a mission to build environmental awareness in young people is the fire.”

Know of any other sharing apps that support nonprofits? Please share your ideas in comments.

This article is part of a series on the sharing economy sponsored by Listia and Near Me.